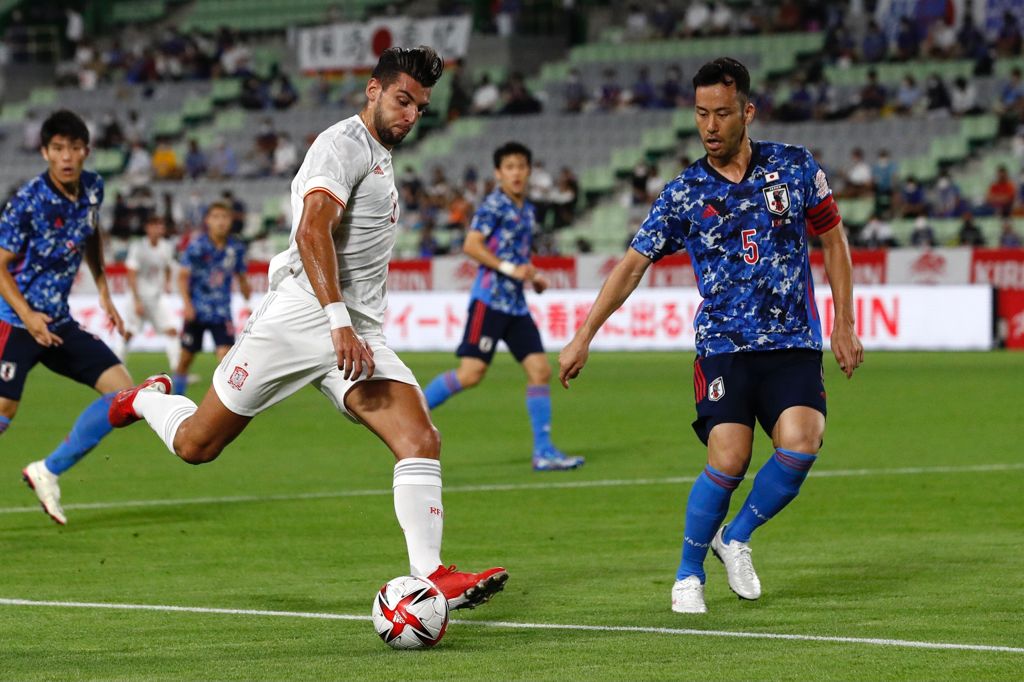 It’s been a busy summer for La Roja and it’s showing no signs of letting up; Luis Enrique’s men outperformed expectations at Euro 2020, recovering from a shaky start to make it to the semi-final.

They lost in a penalty shootout to eventual winners Italy despite performing well; the most important thing, however, was that the tournament can be a springboard for future successes. 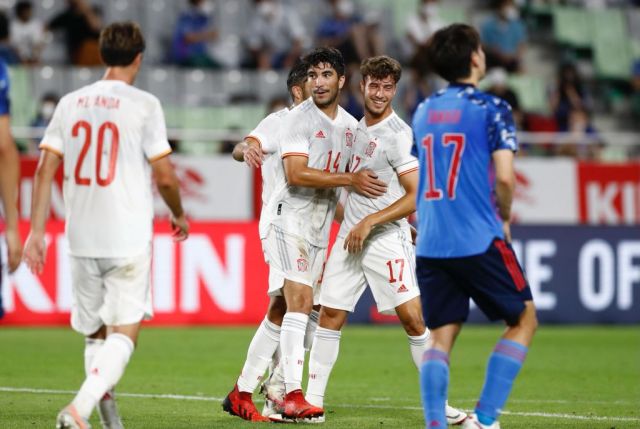 Six of Luis Enrique’s squad didn’t go on holiday following their Euro 2020 exit but joined up with Luis de la Fuente’s squad for the Olympic Games in Tokyo.

Unai Simon, Eric Garcia, Pau Torres, Dani Olmo, Mikel Oyarzabal and young player of the tournament Pedri all linked up with an already talented squad, and De La Fuente has been explicit that the Spanish delegation will be targeting gold.

Spain open their campaign against Egypt on July 22nd, but took on Japan in their one-and-only warm-up game today.

Japan took a 41st minute lead through Ritsu Doan, assisted by Take Kubo, but Spain got back on level terms in the 78th through Carlos Soler to ensure De La Fuente’s men avoided defeat.