Serie A giants Juventus are keen on bringing former midfielder Miralem Pjanic back to the club from Barcelona this summer.

Pjanic has been linked with a move away from the Camp Nou ahead of the 2021/22 La Liga season as Ronald Koeman looks to trim his squad in the coming weeks.

The Dutchman has been instructed to sell players to enable the registration of new incoming summer arrivals but Pjanic has so far rejected the chance to leave on a free transfer. 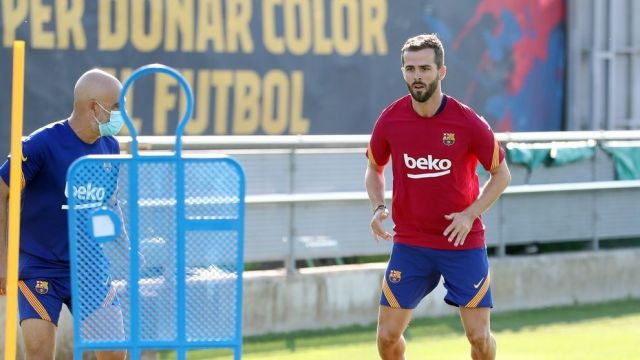 Barcelona’s deepening financial difficulties have strengthened Juventus’ hand in any possible negotiations and they could offer a player swap with Aaron Ramsey to avoid paying a fee as per reports from Football Italia.

Koeman is rumoured to be interested in the former Arsenal schemer, however, his current salary is higher than Pjanic’s and it would present an additional financial headache for the club.

But if the Welsh international is willing to take a significant pay cut he could emerge as a realistic option for Koeman.