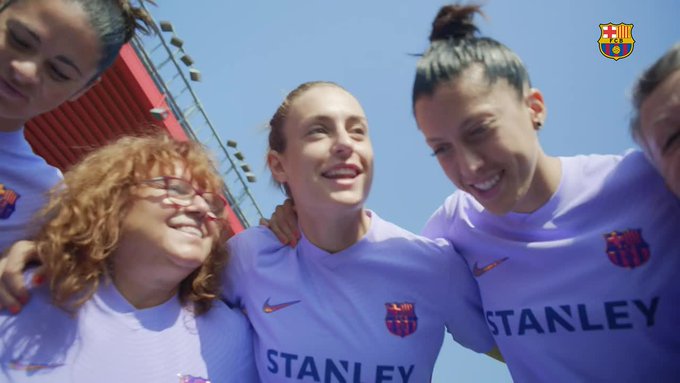 Barcelona have released their away kit for the 2021/22 season, one that sends a message in favour of diversity and the empowerment of women according to the club’s website.

The colour of the kit, mauve, represents the fight for gender equality. The kit is composed of at least 75% recycled fibres with the aim of reducing carbon emissions.

What’s most important for Barcelona fans, of course, is who’ll be wearing the kit when the blaugrana hit the road next year.

Lionel Messi is reportedly on the verge of renewing his deal, about to sign a five-year extension to put an end to the prospect of him leaving for Paris Saint-Germain or Manchester City.

It’d be a key boost heading into a tough season. Barcelona finished third last season, faltering on the final stretch to lose the title to Atletico Madrid.

They won the Copa del Rey, beating Athletic Bilbao in the final, but lost to them in the Supercopa de Espana and were humbled in the Champions League by PSG.