The situation on Barcelona teenager’s future

Recent Barcelona news is concentred on the make-up of the squad in future years with teenage star Ilaix Moriba said to be central to their plans.

The Blaugrana have offered a contract renewal to the central midfielder which has been rejected by the player’s entourage, with the player set to be a free agent next year.

A report in Mundo Deportivo has now outlined the situation, claiming that Moriba’s agents are hopeful of arranging a meeting at the Camp Nou to discuss the player’s future. 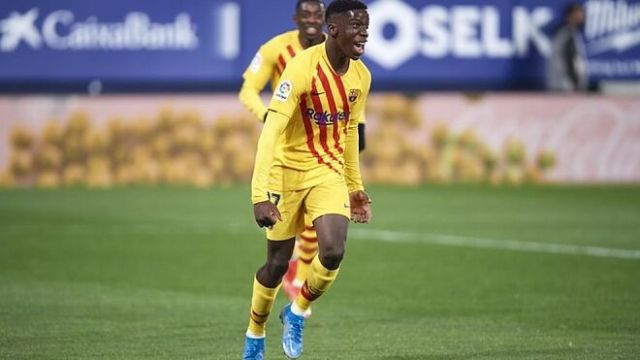 They are said to have rejected the club’s proposed new contract via email and did not make a counteroffer or any requests, putting the player’s future up in the air.

The 18-year-old made his Blaugrana senior debut in January’s Copa del Rey victory against Cornella and he has now made 18 senior appearances – netting his first senior goal in the win at Osasuna.

The Guinea-born central midfielder has most commonly played in a playmaker role for Barca’s youth sides and he is one of La Masia’s brightest prospects and has put in a series of star appearances this year.

The Blaugrana’s precarious financial situation may complicate their negotiating standpoint on any new deal.