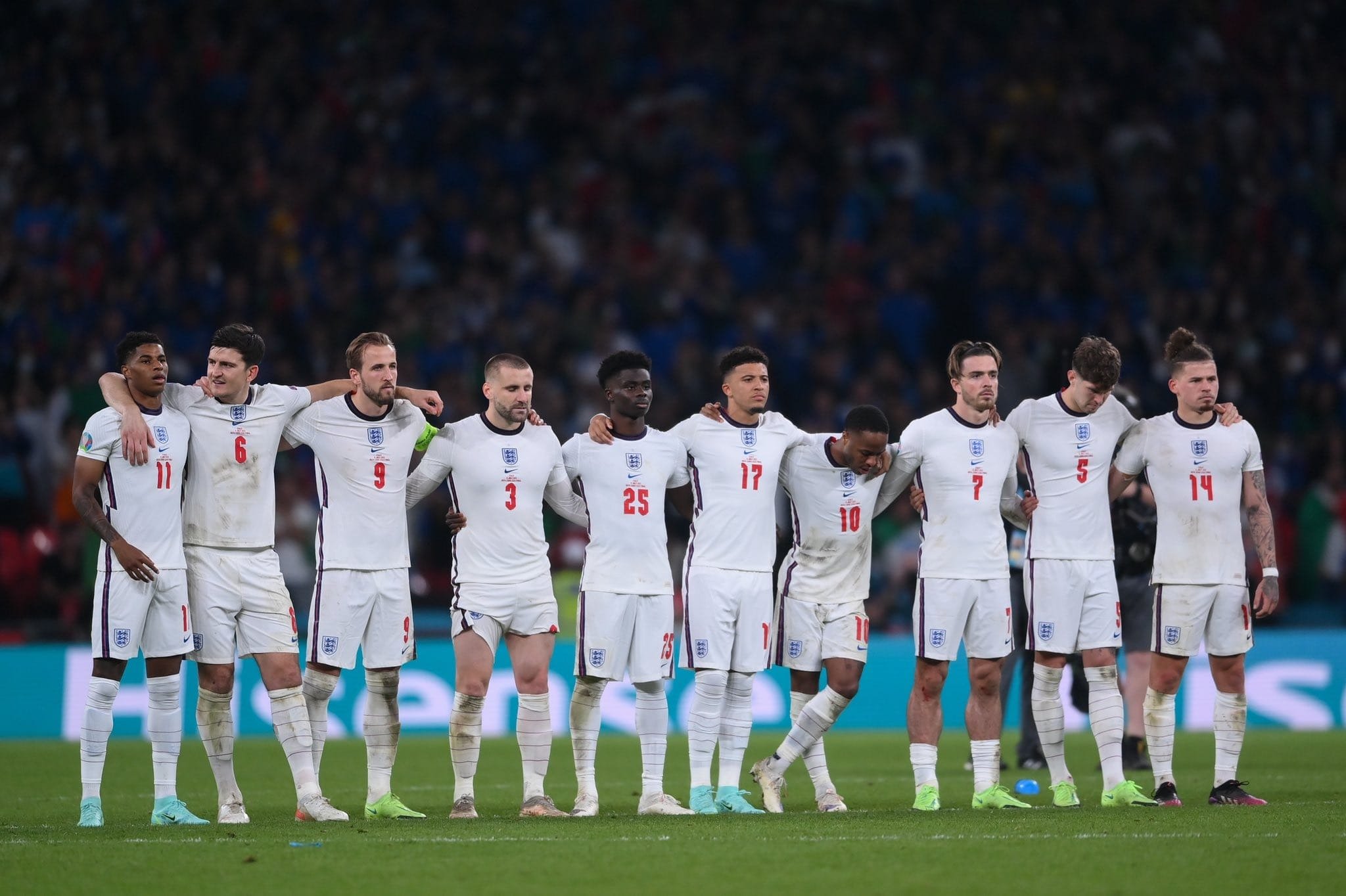 England’s penalty shoot-out defeat to Italy in the final of Euro 2020 on Sunday evening has been sparking debate ever since, and not in a good way. The three England players who missed penalties – Marcus Rashford, Jadon Sancho and Bukayo Saka – are all black, and have been racially abused on social media.

“Losing a penalty shootout is a part of football, and a part of life,” Barcelona tweeted in response to the abuse. “Racism is not.” It comes after a tumultuous day in London; loutish and aggressive behaviour occurred in abundance in the city on the day of the final, with many incidents going viral. It’s an attitude that clashes with the progressive and inclusive philosophy of the team itself.

Losing a penalty shootout is a part of football, and a part of life.

Luke Shaw had given England the lead in the second minute, assisted by Atletico Madrid right-back Kieran Trippier. Leonardo Bonucci, assisted by Marco Verratti, got the Italians back on level terms in the 67th, before the Azzurri won 3-2 on penalties. 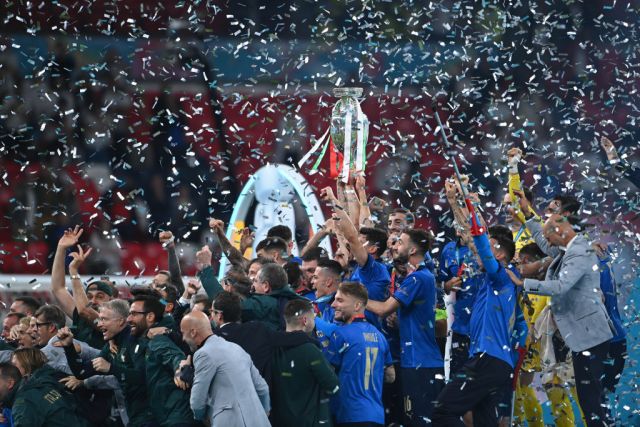 Before beating Luis Enrique’s La Roja in the semi-final, they had walked a difficult path. Roberto Mancini’s men beat Belgium 2-1 in the quarter-final, before that edging past Austria 2-1 – after extra-time – in the last 16. They dominated their group, beating both Turkey and Switzerland 3-0 as well as Wales 1-0.

England had beaten Denmark 2-1 in the semi-final to secure their place against Italy, before that beating Ukraine 4-0 in the quarter-final and Germany 2-0 in the last 16. They navigated their group without conceding, beating Croatia and the Czech Republic 1-0 as well as drawing 0-0 with Scotland.