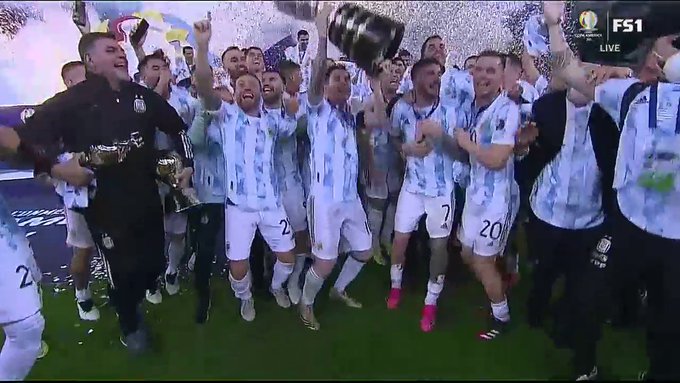 It’s been a rollercoaster of a year for Lionel Messi. The Argentine is out-of-contract at Barcelona and currently a free agent, with his future as clear as mud. There was nothing ambiguous about Saturday night in Rio de Janeiro, however, as the 34-year-old lifted his first trophy as captain of Argentina.

Lionel Messi during the 2021 Copa América:

We’ve never seen a moment as pure from Messi as his celebrations tonight. This has been a vindication, whether that’s necessary or not. He’s ended a nigh-on 30-year drought, done what Maradona didn’t. This is his moment, at an age where he appreciates it. pic.twitter.com/kfjVeYBu6K

Messi didn’t shine in the final but certainly did before it. He played 100% of Argentina’s minutes throughout the Copa America, earning himself the accolade of player-of-the-tournament. The Argentine scored four goals and contributed five assists in seven appearances, directly participating in 60% of their goals.