Achraf Hakimi‘s agent has hinted at a possible future return to Real Madrid for the defender.

Hakimi opted to leave Madrid at the start of the 2020/21 season and join Serie A giants Inter Milan after rejecting a contract extension offer in the Spanish capital.

However, after less than 12 months in Italy, the Moroccan international has no moved on to Ligue 1 side Paris Saint-Germain in a €60m deal.

But despite another major month inside just a year, Hakimi’s long term future remains open to speculation, with his representative, Alejandro Camano, claiming a return to Madrid is a possibility. 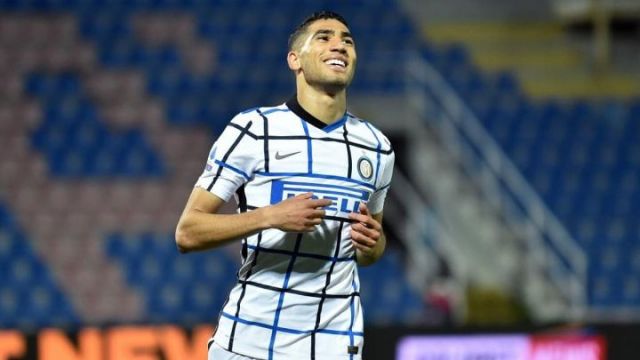 “Real Madrid have the right of first refusal, until PSG and Inter said that the deal was going to take place”, as per reports from Marca.

“We reserve the illusion and the dream that Achraf will return to Real Madrid because he was born in Madrid, he grew up in Madrid, and as a final goal, one day, he would like to play for Real Madrid.”

Los Blancos were linked with a possible move to bring the 22-year-old back to Madrid this summer but due to Inter’s demands of a €50m+ fee, they were no in a position to march PSG’s offer as they face a summer of financial uncertainty at the Estadio Santiago Bernabeu.