Anyone who follows Spanish football won’t have been surprised by how Pedri performed for La Roja this summer. The teenager went into Euro 2020 off the back of a stunning debut campaign for Barcelona, going from a potential loanee to one of Ronald Koeman’s most trusted lieutenants.

Much the same happened within the Spanish setup. Pedri came into the squad late, but soon became fixed in Luis Enrique’s plans. Just like he played 37 league games for Barcelona last year, rested alongside Lionel Messi for their final-day dead-rubber, the boy from the Canaries played ever regular-time minute of Spain’s Euro 2020 campaign, one they exited after losing to Italy on penalties in the semi-final at Wembley Stadium. 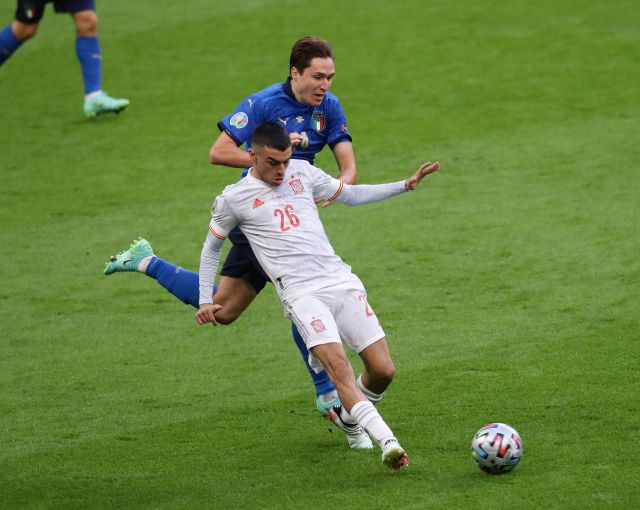 Pedri racked up pre-assists throughout the campaign but also astounded with his general play; his composure and confidence in the high-pressure environment that is an international tournament. He’s been earning plaudits from the world of football in the last few days. 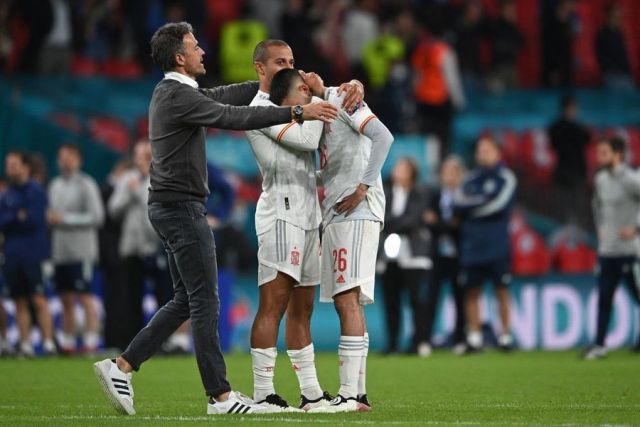 “For me the one that’s stood out is the 18-year-old playing for Spain, Pedri,” Ex-Manchester United man Luke Chadwick told Caught Offside. “I think he’s been the stand-out player that I didn’t know too much about before the tournament.

“The way he gets on the ball, the amount of ground he covers, he’s certainly the best player I’ve seen at the tournament so far, and to go and do it at that age as well against some strong teams really stands out. He’s a top, top young player.”