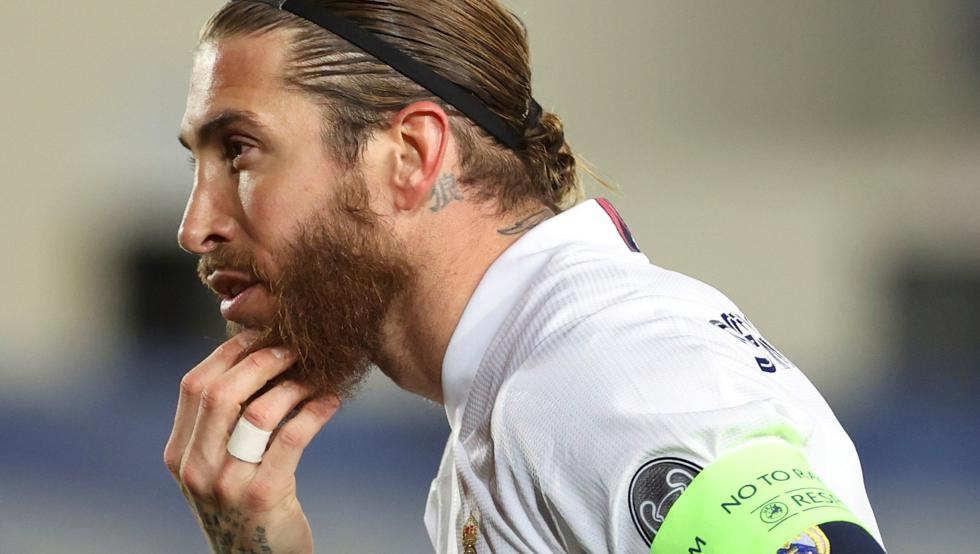 Sergio Ramos was accidentally announced as a Paris Saint-Germain player on Wednesday.

After more than a week of speculation following the center-back’s exit from Real Madrid, it looked as though Ramos was finally announced as a PSG player.

It was already heavily reported yesterday that the veteran had already signed his deal in Paris, and so the announcement on PSG’s website was very much expected.

That was, at least, until the article confirming Ramos’ arrival was taken down minutes later.

And suddenly, the deal still has not been announced officially, even if it sort of was.

The post even included quotes from Ramos where he spoke about wearing the number four at Parc des Princes.

He said: “This number four, I appreciate it a lot out of superstition, because I had it from the start of my career, and then it accompanied me throughout my life, continued [with] me, brought good luck, and a lot of victories.

“Now number four is part of me as a person and as a professional. For me, it’s a privilege to be able to wear this number in such a great team, Paris Saint-Germain. So it will be very special to be able to wear my number here in Paris.”

It remains to be seen what happens from here, but it’s expected Ramos’ deal will be made official (again) at some point today.

At this point, there is little doubt whether the contract has been signed and whether Ramos is already a PSG player.

All we are waiting for is for the Ligue 1 giants to make an offcial announcement and to stick by it.