Martin Braithwaite is the second-richest player at Barcelona after Lionel Messi according to Forbes and sports journalist Zach Lowy. Braithwaite part-owns a real estate business valued at €250m, a clothing business with his wife and a smart-house project.

Martin Braithwaite is the second-richest player on FC Barcelona after Lionel Messi, per Forbes.

Braithwaite owns a real estate business with his uncle that has a market value of €250 million as well as a clothing business with his wife and a smart house project in Philadelphia. pic.twitter.com/Xc67g5DTQW

The Dane wears number nine at Camp Nou, and given Messi is currently a free agent following the expiration of his contract with Barcelona he’s technically the richest player at the club.

Braithwaite joined Barcelona from Leganes mid-way through the 2019/20 season, making 40 appearances for the blaugrana and scoring three goals since. Before turning up at Camp Nou, Braithwaite had represented Esbjerg fB, Toulouse, Middlesborough and Bordeaux. He’s also scored ten goals in 53 appearances for Denmark, and was just last night knocked out of Euro 2020. 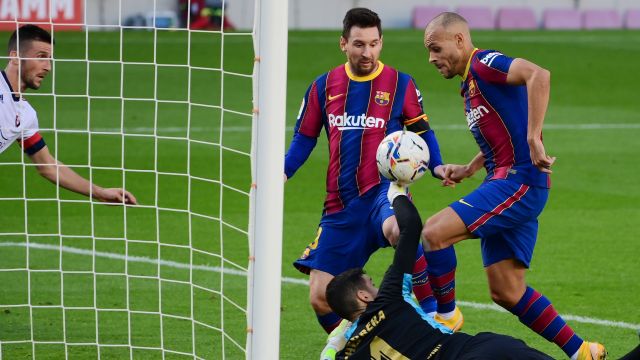 Braithwaite was a key component of an impressive Danish side that recovered from the shocking cardiac arrest suffered by Christian Eriksen against Finland in their first game of the tournament to make it to the semi-final, where they lost in extra-time to England at Wembley Stadium in London.