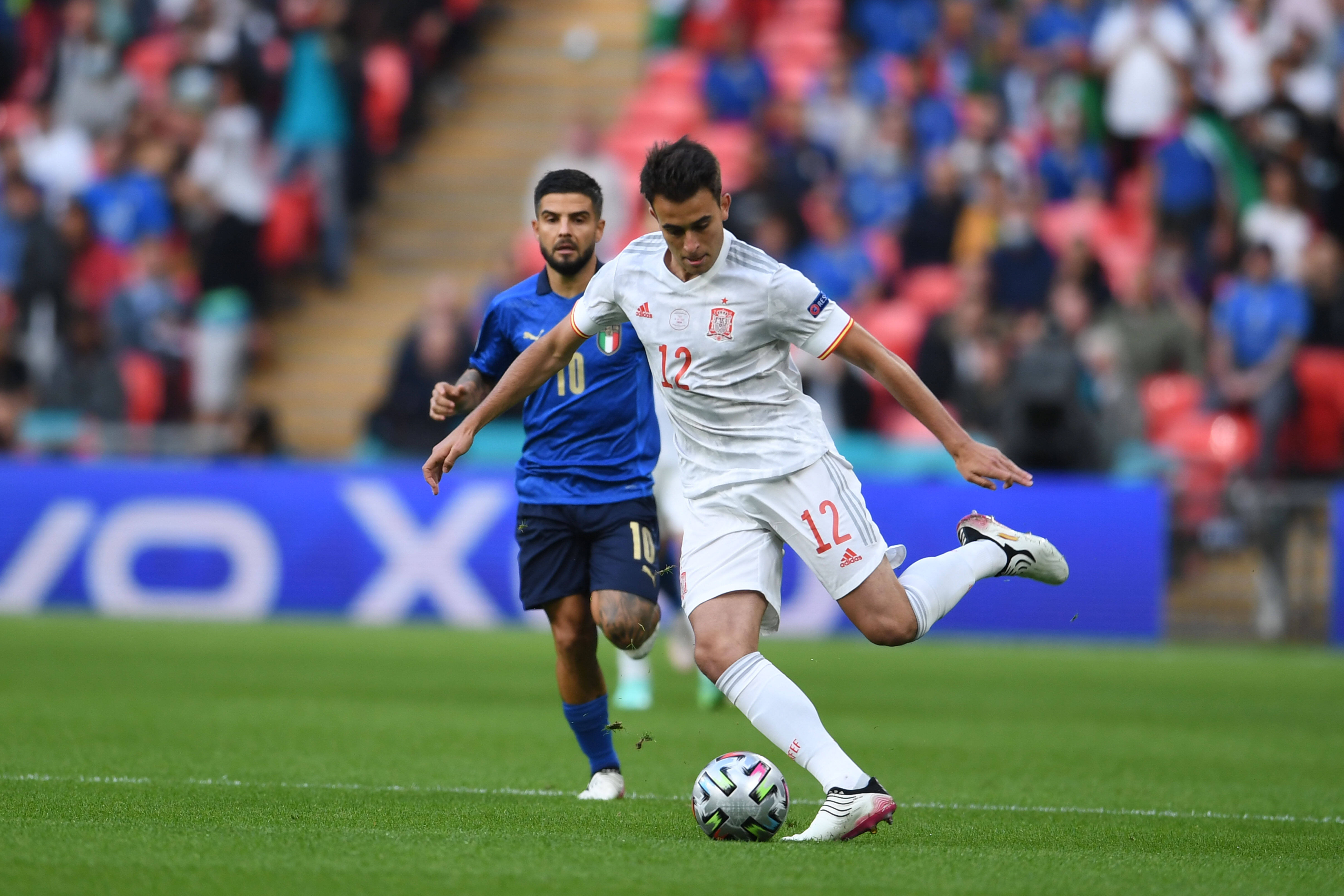 The extent of Barcelona star Eric Garcia’s strange injury has been revealed.

Garcia became a Barcelona player on July 1 after leaving Manchester City on a free transfer, though it’s unclear whether the registration has gone through at this point amid Barca’s financial issues.

Nevertheless, the centre-back is expected to wear the Blaugrana this coming season, and so fans will have been delighted to see Garcia win a starting spot and impress during Euro 2020 as Spain reached the semi-final.

But what they did not want to see is Garcia pick up and injury, and that’s exactly what he did, limping off nine minutes into extra-time before Spain eventually lost on penalties to Italy.

After the dust settled on a cruel defeat for La Roja, the extent of Garcia’s injury has been revealed, and it has been confirmed by  Marca that Garcia suffered a grass toe injury.

The injury is not commonly seen in football and it is a hyperextension of the largest joint in the big toe.

Essentially, it left Garcia’s toe locked in a strange position and it could not be freed, causing pain for the centre-back and too much to carry on.

It’s an injury often seen in NFL players due to the artificial pitches and the type of movements carried out in the sport.

Recovery time for the injury is usually two-to-three weeks, meaning Garcia should be fit and ready for the Olympic games with Spain on July 21, after he has had time away on holiday.