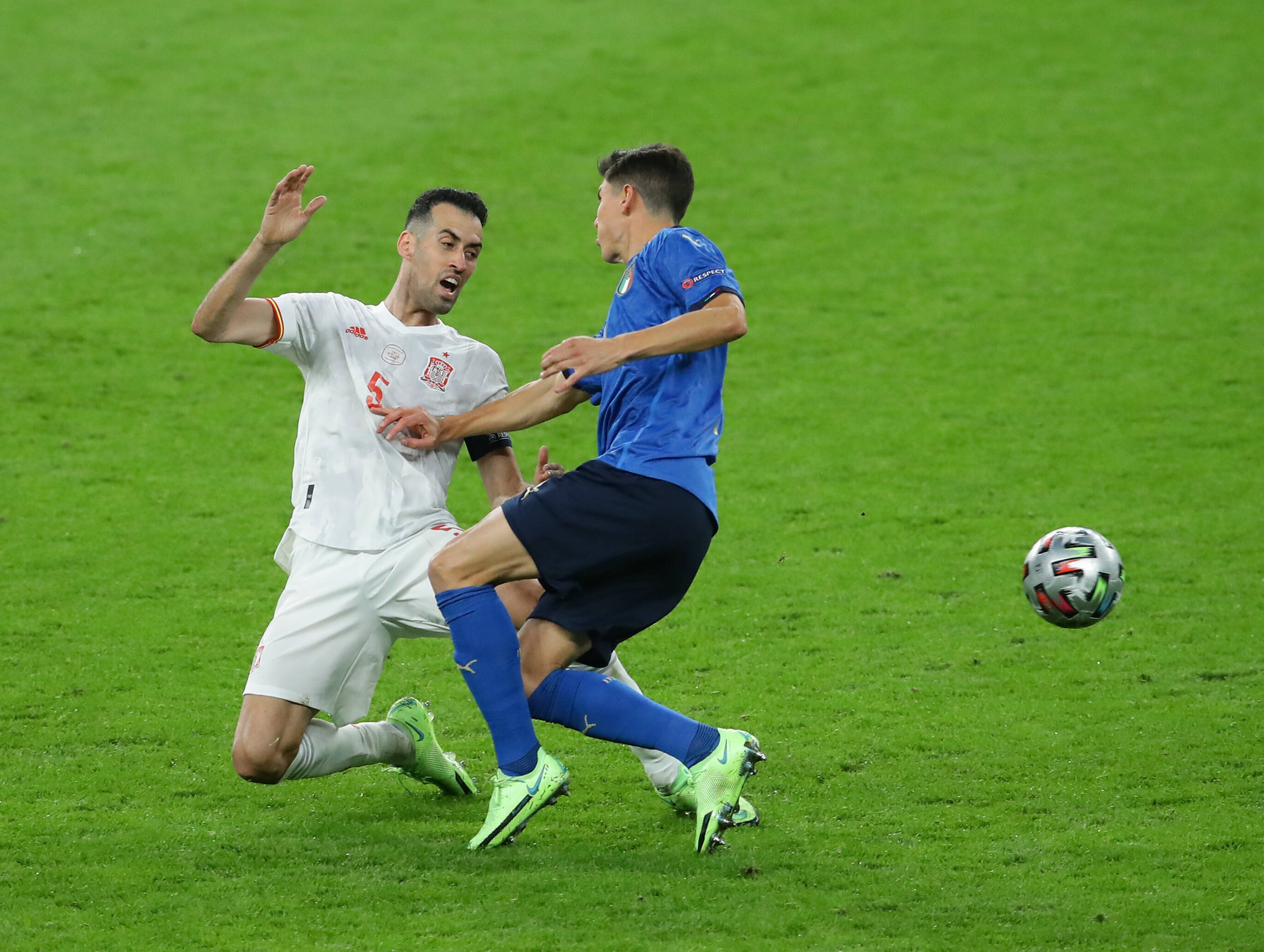 Barcelona midfielder Sergio Busquets has refused to comment on his future with the national team following Spain’s exit from Euro 2020.

Luis Enrique‘s men suffered a heartbreaking defeat in their Euro 2020 semi-finals, losing on penalties against Italy despite dominating the game at Wembley Stadium.

For now, Spain will need to grieve their defeat, but attention will soon turn to the future and a future that appears to be a bright one given La Roja‘s efforts at this competition.

The question is whether some of Spain’s more senior members will still be part of that future, and that’s a key question in the case of Sergio Busquets, in particular, with talk the 32-year-old could call it a day ahead of next year’s World Cup.

Busquets has been a key member of La Roja for more than 12 years now, winning the World Cup and Euro 2012, but at this point, he is unsure whether that journey will end with the defeat to Italy.

“I don’t know. It’s not the moment to think of myself,” he replied when asked if he will return from international football, as cited by Mundo Deportivo.

“It’s the moment to be sad and proud of the team.

“The future of the national team can be optimistic and it’s not dependent on whether I’m here or not.”

Speaking about the defeat itself, Busquets added: “Today we have had a lot more of the football than Italy.

“We have played with the ball, but they are a very good team.

“But generally, we have been superior. The penalty shootout is a shame. We continue.”