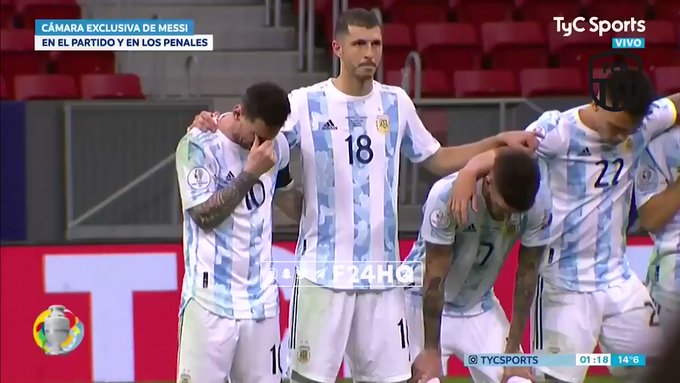 Argentina beat Colombia on penalties last night to secure a place in the final of the Copa America against Brazil. The game finished 1-1 after extra-time, with Argentina winning 3-2 on penalties. 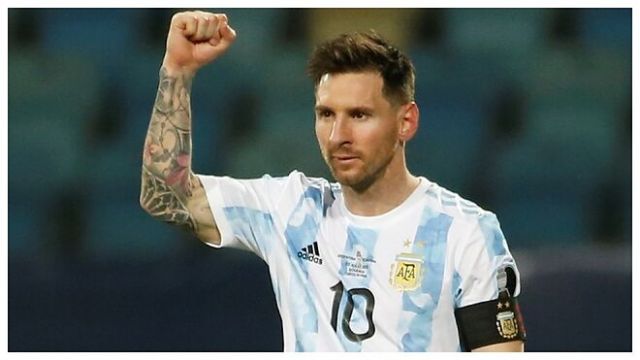 Ex-Barcelona captain Lionel Messi converted his penalty before taunting former teammate Yerry Mina when the Colombian missed his; Mina had celebrated a successful penalty against Uruguay in the quarter-final shootout by dancing.

Messi is a free-agent having seen his Barcelona contract expire last week, and faces an uncertain future at club level. Joan Laporta is moving heaven and earth to free up the funds to tie down the Argentine, but is finding it difficult given La Liga’s strict salary cap. Mina is currently at Premier League side Everton.

There was also a camera from @TyCSports focused just on Messi during the pens. Around 1:20 is when Dibu Martinez saves Yerry Mina’s pen and Messi yells BAILA AHORA! (Dance now) after the dancing YM did when he scored the pen against Uruguay pic.twitter.com/0CjLSTpxzf

Messi has never won a major title with Argentina, and is determined to achieve that ambition before he calls it a day. Beating Neymar’s Brazil in Rio de Janeiro would be quite a feat, and set Argentina up nicely for the 2022 World Cup in Qatar. It’s the first time Argentina have faced Brazil in the final of the Copa America since 2007, when Brazil won.