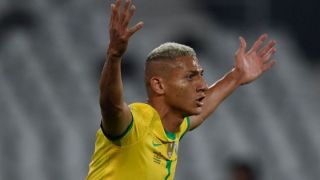 Richarlison has been linked with a move to Real Madrid by a report in Goal carried by Diario AS. The Brazilian forward worked with Carlo Ancelotti at Everton last season, and is currently competing at the Copa America with his country; Brazil face Argentina in Saturday evening’s final.

Ancelotti has called Richarlison according to the report to discuss bringing him with him to the Santiago Bernabeu. Kylian Mbappe remains Madrid’s number-one target, but the club are aware that Ancelotti is interested in re-uniting with the man he coached for a season-and-a-half at Goodison Park.

Richarlison, 24, has forged a productive relationship with Dominic Calvert-Lewin for Everton, another player who’s been tentatively connected with Madrid since Ancelotti left Merseyside for the Spanish capital this summer. Richarlison has come on leaps and bounds since joining Everton from Watford in the 2018 close-season, his Transfermarkt value leaping from €25m to €55m. 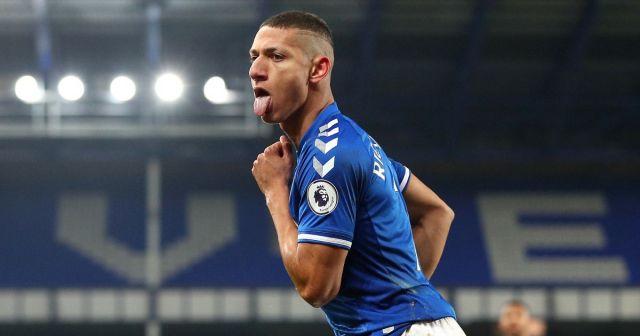 Richarlison has scored 42 goals in 119 games for Everton, and wouldn’t be cheap. Everton are in a strong financial position and Richarlison is contracted to the club until the summer of 2024.