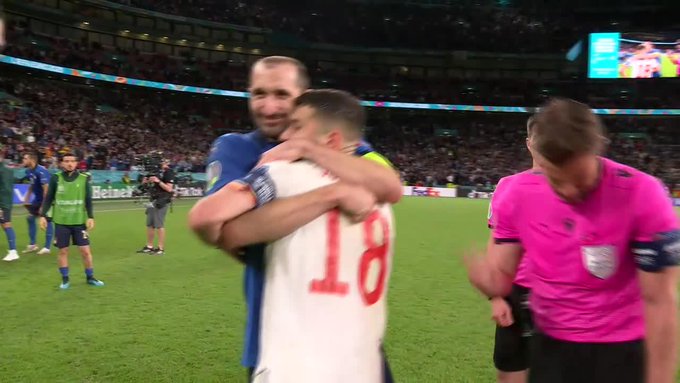 There was a funny moment just before the penalty shootout got underway between both captains, Italy’s Giorgio Chiellini and Spain’s Jordi Alba. The former embraced the latter tightly during the coin toss; although Alba didn’t seem to appreciate it.

Jordi Alba, not so much. pic.twitter.com/yjl04Ngtvw