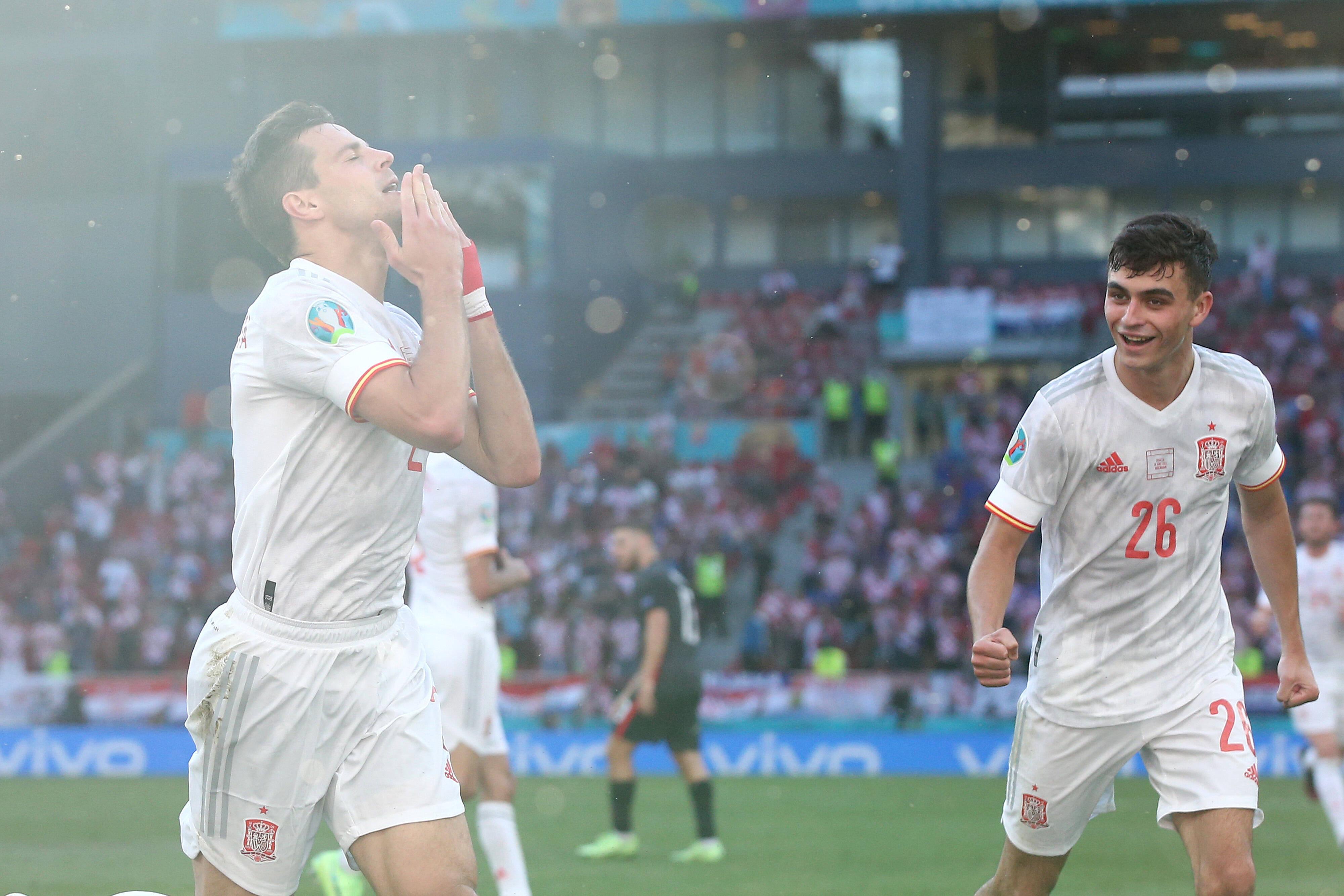 Cesar Azpilicueta is the latest Spain star to issue a ringing endorsement of Barcelona starlet Pedri.

Pedri has been at the heart of La Roja’s efforts at Euro 2020 so far, Luis Enrique’s men reaching the semi-final where they will face Italy this evening in London.

The 18-year-old’s neverending season has continued with start after start at this summer’s competition, and he still has the Olympics to play ahead of the new campaign.

But despite all those minutes in the legs, Pedri continues to flourish in midfield with his incisive passing, continuing to cut a composed figure far beyond his years.

And so it is no surprise that veteran defender Azpilicueta, who has become a starter over the course of Euro 2020, has picked out Pedri as the biggest surprise from the Spain camp so far.

“The one who has surprised me the most is Pedri,” said the Chelsea star to El Larguero, as cited by Mundo Deportivo.

“He is able to do anything with the ball. He has a confidence that you can see in him on the pitch, it’s very important. All the youngsters have surprised me for the good.”

Azpilicueta also spoke about the challenge of facing Italy and the mindset Spain have heading into this evening’s semi-final at Wembley Stadium.

“This group has a lot of ambition,” he added.

“We want more. It will be a hard game, but we are not satisfied with arriving here.”

If Spain do progress, they will face one of England or Denmark in the final back at Wembley Stadium on Sunday evening.