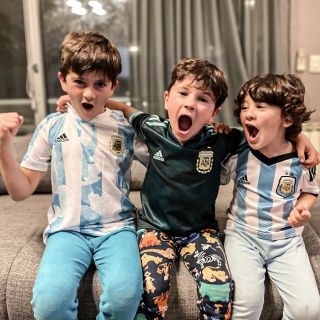 Lionel Messi’s name won’t be far from the headlines for as long as he’s playing football, an assertion most definitely the case this summer. The Argentina captain is leading his country at the Copa America, with a semi-final date with Colombia on the horizon. He’s also a free agent having seen his Barcelona contract expire last week; a renewal is likely but not imminent.

The Argentine was unplayable at the Estadio Olimpico Pedro Ludovico on Saturday night, assisting two and scoring one as Argentina beat Ecuador 3-0 to secure a place in the semi-final.

This clip of Lionel Messi's intense preparation before scoring the 58th free-kick of his career is *exactly* what I discussed with @3cbPerformance last year on the @Squawka Talker podcast.

Argentine broke the deadlock in the 40th minute, when Messi assisted Rodrigo De Paul. They consolidated their victory in the 84th, when Messi assisted Lautaro Martinez. The man himself put the final nail in the coffin in the 93rd after Ecuador were reduced to ten men, scoring a trademark free-kick to seal the deal.

Lionel Messi has scored 58 direct free kicks in his career for club and country, breaking a tie with Cristiano Ronaldo's 57 👀⚽️

It was the moment leading up to the free-kick, however, that blew away many. The Argentine intensely prepared the ball before striking it, underlining the potent combination of art and science that goes into his work. It looks effortless, but it’s not.

Messi now leads the Copa America in both goals and assists, with four in each. His Argentina will take on Colombia this Tuesday evening in the semi-final in Brasilia, while Brazil contest the other semi-final against Peru in Rio de Janeiro the same evening.