Sanches has flashed up on the radar of Europe’s biggest clubs in recent months after playing a key role in Lille’s 2021 Ligue 1 title win and again for Portugal at Euro 2020.

However, with two years left on his current contract in Northern France, any interested party will be quoted at least €35m for him.

But despite Lille’s stance on the 23-year-old midfielder, Los Rojiblancos could have an edge as Felix took a break from his surgery rehabilitation, to encourage him to move to Madrid via Instagram. 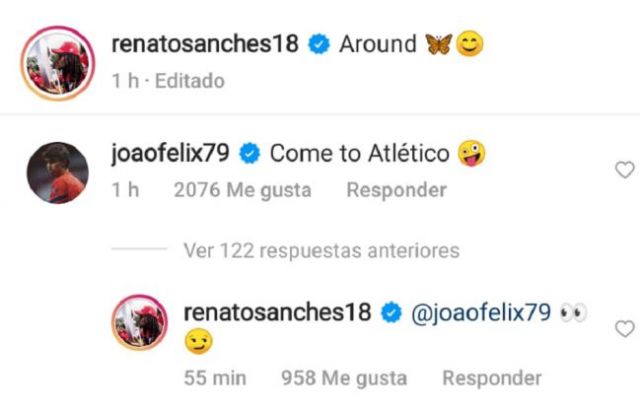 Diego Simeone is in the market for a new midfielder ahead of the 2021/22 season but as per reports from Diario AS, a possible deal is still a long way off.

Simeone’s is still waiting to confirm the future of Saul Niguez before making a moves with the Spanish international linked to Premier League duo Liverpool and Manchester United.