Serie A giants AC Milan could offer Philippe Coutinho the chance to leave Barcelona this summer.

Brazilian star Coutinho has been heavily linked with a move away from the Camp Nou ahead of the 2021/22 La Liga season after failing to force his way into Ronald Koeman‘s plans last season.

However, any potential exit talks have been hampered by knee surgery at the start of 2021 which cut short his campaign with La Blaugrana. 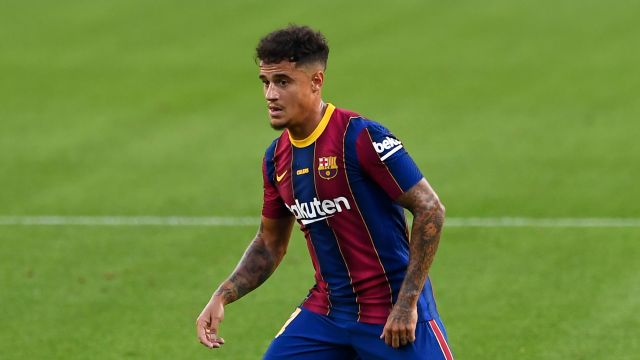 But despite growing confidence over his return to full fitness in the coming weeks, Koeman is still open to selling the 29-year-old to free up space on his wage list.

According to reports from Mundo Deportivo, Coutinho’s agent Kia Joorabchian has been instructed to source a new club, with Milan keen on him as a replacement for Hakan Calhanoglu.

Coutinho’s transfer value has plummeted in the last 12 months and Barcelona could accept a fee in the region on €25m to seal an exit deal.