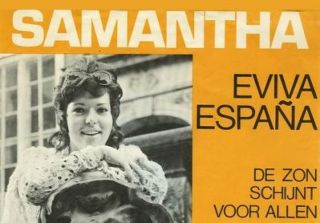 La Roja beat Switzerland on penalties on Friday evening, shortly before Belgium lost 2-1 to Italy. Spain will now face Italy in the semi-final of Euro 2020 in London this Tuesday, but had Belgium won they would have played them.

There is a link between the two countries, however; a popular song played at every Spain match so far this tournament.

The song is Eviva Espana, a 1971 Belgian pop song written by composer Leo Caerts and lyricist Leo Rozenstraten in Dutch and sang by a singer by the name of Samantha.

The song is about anticipating a holiday in Spain, but was adapted by Spaniard Manolo Escobar in 1973 and reworked to become Y Viva Espana, or And Long Live Spain.

It’s become a part of Spain’s cultural heritage, and was heartily sung by Spanish fans in attendance of La Roja’s opening three games at Euro 2020, which took place in La Cartuja, in the unmistakably Spanish city of Seville.