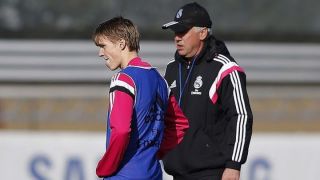 Real Madrid midfielder Martin Odegaard has confirmed he will not be returning to Arsenal next season.

Odegaard spent the second half of the 2020/21 Premier League campaign on loan at the Emirates Stadium with an eye catching short stint with Mikel Arteta‘s side.

However, despite initial optimism from Arteta over bringing the Norwegian international back to North London in 2021/22, either on loan or permanently, he will now remain in Madrid.

The 22-year-old is expected to play an increased role under Carlo Ancelotti, as per reports from Caught Offside, but he has released a statement via Instagram, confirming an emotional goodbye to Arsenal. 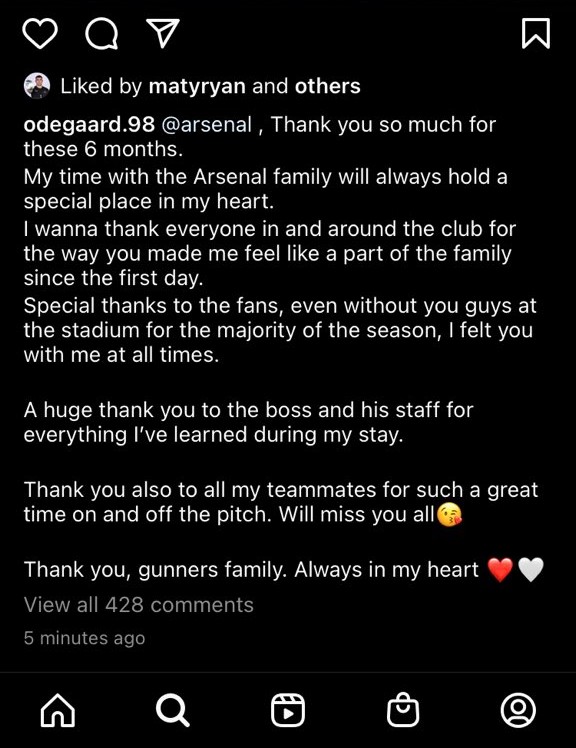 Odegaard still has two years left to run on his current contract in the Spanish capital with Ancelotti rumoured to be impressed by him so far in pre season training.

The veteran Italian coach brought Odegaard to the club during his first spell in charge in January 2015 as a 16-year-old from Strømsgodset.