Jordi Alba‘s goal strike put Enrique’s side into an early lead before Liverpool midfielder Xherdan Shaqiri equalised for the Swiss before the end of normal time.

However, despite the drama of extra time in the Russian city of Saint Petersburg, La Roja ensured their passage into the last four via a penalty shootout win. 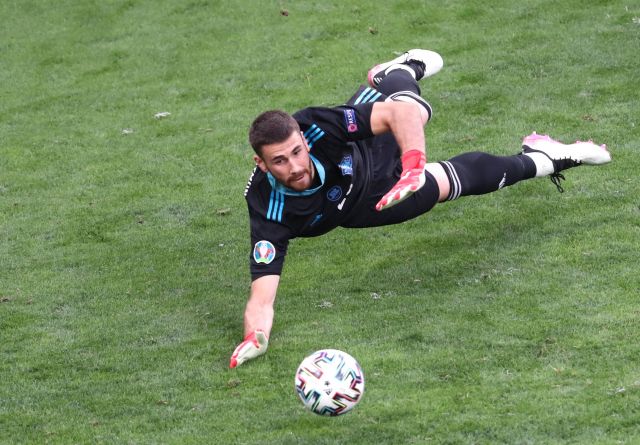 Simon was the star for Enrique as he saved two Swiss penalties to set Spain on course for their first major tournament semi final since 2012.

But, the former Barcelona boss was under no illusions over who was the key man in Russia, as Simon shook off the disappointment of his mistake in their last 16 win over Croatia.

“Unai has already shown against Croatia what he is made of, but I was very happy to see him enjoy himself, and to be the hero”, he told a post match interview with Marca.

“I said from the beginning, we were one of the eight teams that we can win it, that it without exaggeration and now we are into the final four.”

Spain will now face rivals Italy in the semi finals with the winners of England v Ukraine/Demark v Czech Republic up against them in the final.