Unai Simon hails opposite number No.1 Yann Sommer in Spain win over Switzerland

Spain goal keeper Unai Simon was full of praise for his opposite number Yann Sommer as La Roja secured a Euro 2020 quarter final win over Switzerland.

Luis Enrique’s side were forced to survive a nerve wracking penalty shoot out in Saint Petersburg after drawing 1-1 after 120 minutes of action in Russia.

Jordi Alba‘s deflected first half strike put Enrique’s side into an early lead before Liverpool midfielder Xherdan Shaqiri equalised for the Swiss before the end of normal time.

However, with neither side able to find a breakthrough in the extra 30 minutes, a penalty shootout was needed to separate the two teams. 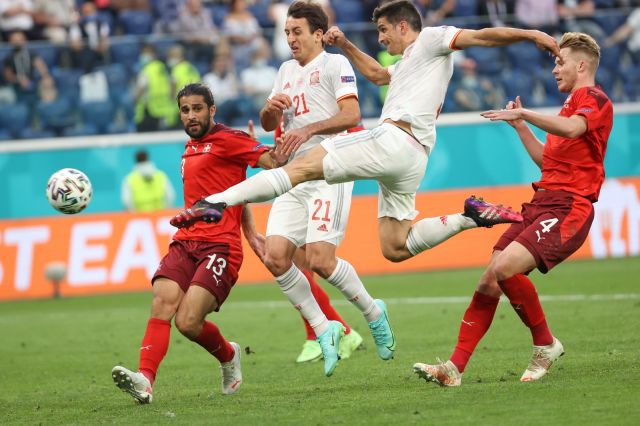 “You have to have the mentality that each game is new”, he told a post match interview with Marca.

“For the semi finals you have to start the same, with your head on the sole thought of winning.

“You have to have that to go on and win this European Championship.

“I would have given Sommer the MVP, he was excellent.”

Spain will await their fate on who Enrique’s side face their semi final showdown with European heavyweights Italy and Belgium in action in Munich.

The winners of England v Ukraine will face either Demark or the Czech Republic in the opposite side of the draw.