It has not taken Sergio Ramos long to put Real Madrid in the rear-view mirror following his departure from the club.

Ramos officially left Real Madrid at midnight this morning after his contract was allowed to expire.

The centre-back was offered a new deal to stay at the club, but he has admitted he left it ‘too late’ to accept and the offer was taken off the table.

Ramos said an emotional goodbye in a press conference in June ahead of ending his 16-year association with the club.

But it has not taken him long to edit Real Madrid out of his social media profiles.

Ramos has gone from being a ‘Player of Real Madrid’ on his Instagram and Twitter to simply being a ‘football player’ while he searches for his next club. 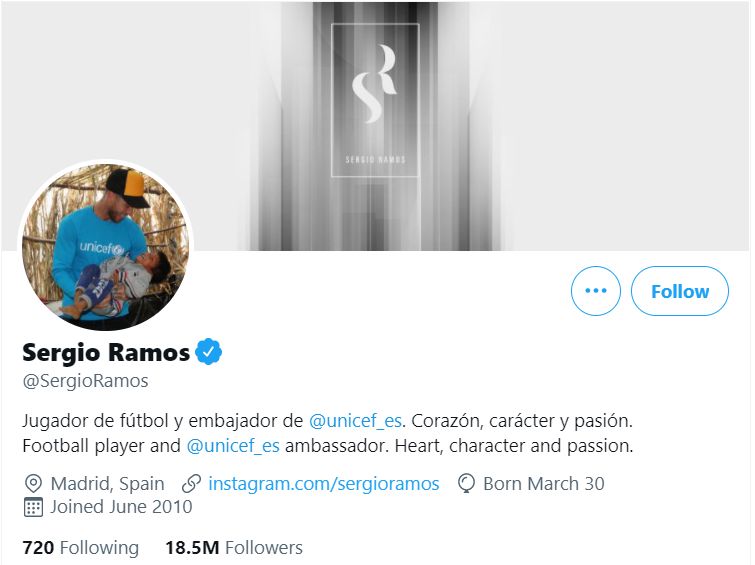 Ramos has already made the chances to his socials

No hanging around from the defender, making the changes just hours after his official departure from Santiago Bernabeu.

Though, it is worth keeping in mind that social media management companies often manage these accounts, so it may not be down to Ramos himself.