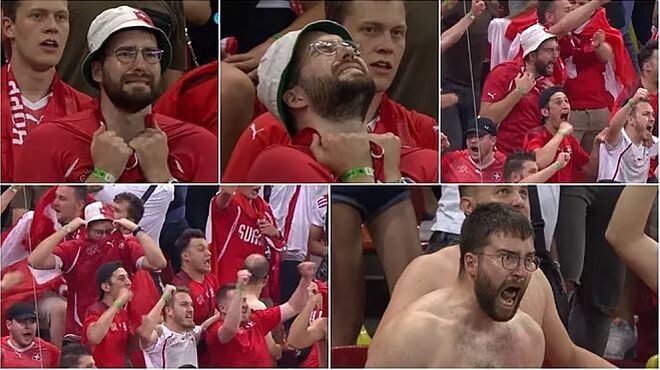 La Roja prepare to face Switzerland and Luca Loutenbach, their most famous fan

La Roja face Switzerland on Friday evening in Saint Petersburg. The Swiss, on a high after dumping favourites France out of the competition in a penalty shootout, will be missing suspended playmaker Granit Xhaka; but they have a secret weapon.

This man will forever be the most famous Swiss fan in the history of Swiss fans pic.twitter.com/3Ef9m12O35

That would be Luca Loutenbach, the fan who went viral during the clash with France according to Marca. He’s become the object of desire for many companies and institutions in Switzerland and has been inundated with offers.

Swiss Air have paid for his business class flight to Russia for the game. He’ll arrive with a can or two of Red Bull in hand, as that company have also hit him up.

This game is pure passion ❤️ (Via @talkSPORT) pic.twitter.com/MT6Hy4h0BO

The Swiss Tourist Office have offered him a relaxing break after the stress of Euro 2020 is over and done with, and the Swiss government want to make him a flag-bearer for their vaccination campaign. He’s not going to get rich off his fame, but he’s going to enjoy himself.