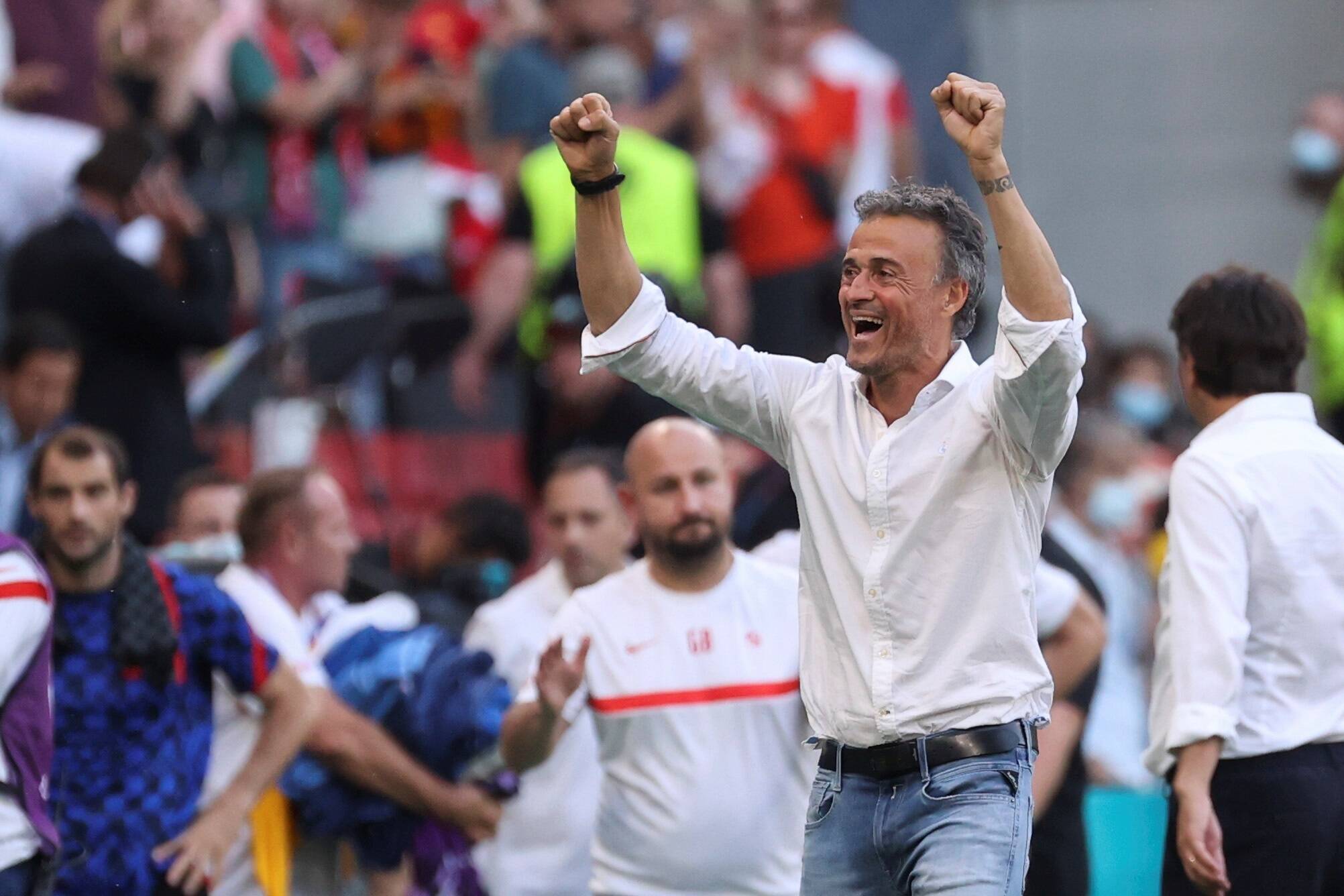 Luis Enrique has given a press conference masterclass after overseeing an entertaining win over Croatia at Euro 2020.

La Roja won 5-3 against Croatia, blowing a 3-1 lead before going on to score twice in extra time to progress to the quarter-finals, where they will face Switzerland, who knocked out world champions France later in the night.

The win was about as entertaining as any fan could have asked for, though the Switzerland game later in the evening only added to a football feast.

And that entertainment factor is what Luis Enrique focused on in his post-match press conference, giving supporters a simple message, to ‘enjoy football’, while also instructing journalists to use the phrase for their headline.

“We have dominated the game and they had generated nothing until the goal,” he said in a press conference, as covered by Sport.

“We gave up the lead, we drew and from there, I saw that we continued to generate chances.

“The game was crazy from 80 minutes and these 10 minutes are a good thing.

“I will give you the headlines: ‘Enjoy football.”

The Spain boss added: “It has been a Euros game of emotion.

“I don’t think I remember a game where, five minutes from the end of extra time, both sets of fans stood up and applauded.

“It has been an epic game. It had positive things and some negatives, but we had the capacity there to get back up and come out on top through some of the difficulties my players had.”

La Roja will now face Switzerland in the quarter-finals on Friday in Saint-Petersberg, Russia, for a shot at reaching the semi-finals, which will be played in London’s Wembley Stadium.

If Spain were to progress beyond the quarter-finals, they would face the winner of Belgium and Italy in the final.