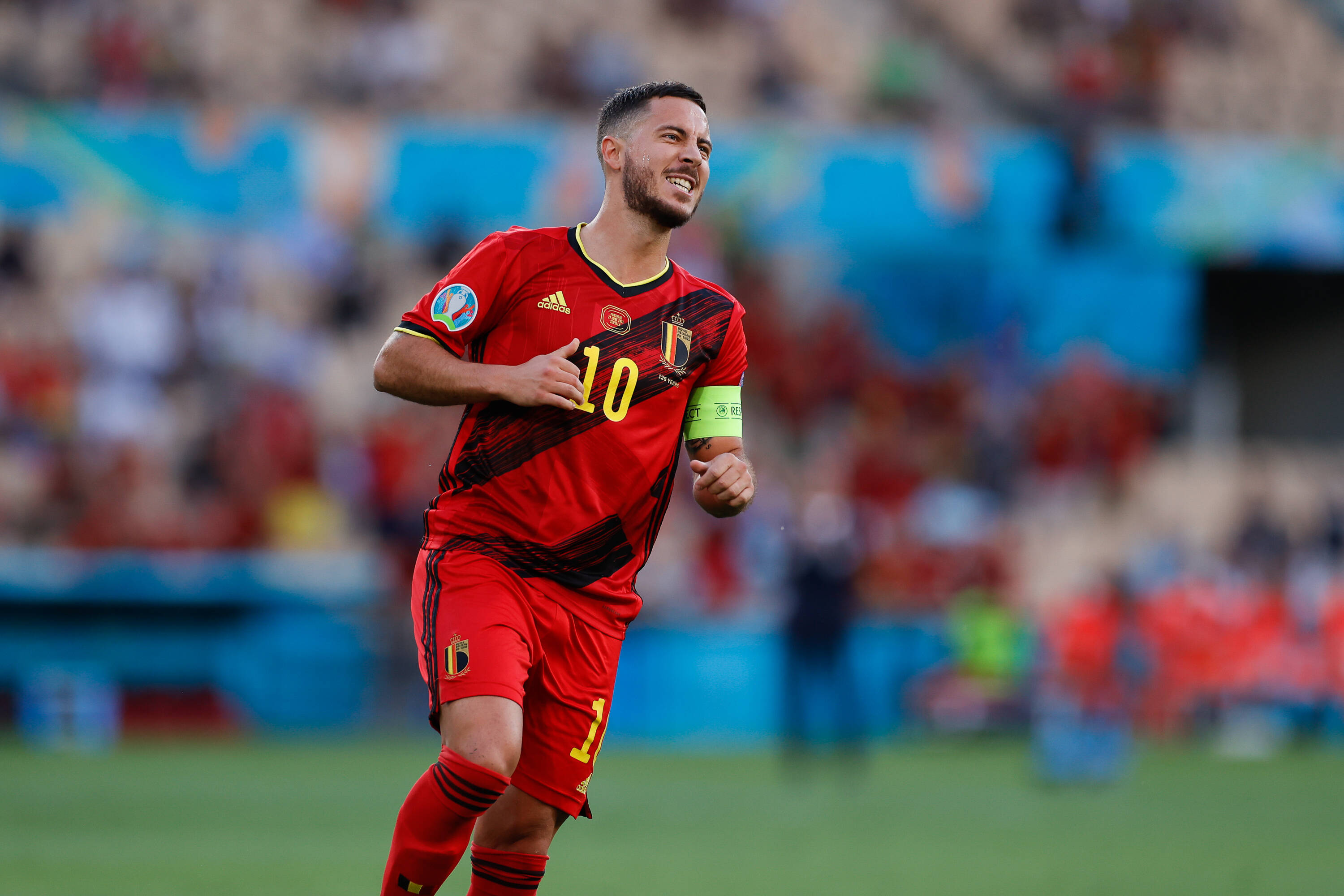 Eden Hazard finds himself once again waiting to hear news on a fresh injury as his nightmare battle with setbacks continues.

The Real Madrid winger spent much of last season injured, and he has only managed 30 La Liga appearances since his move to Real Madrid for more than €100million in 2019.

Hazard did, however, manage to end the season with a run of games, appearing in five of Los Blancos‘ last six outings as he looked to build up momentum for this summer’s Euro 2020.

But having started just one of Belgium’s group stage fixtures with Roberto Martinez opting to play it safe, he has suffered yet another setback in his second start of the tournament.

Hazard captained Belgium in their Round of 16 win over Portugal when his brother Thorgan scored what would turn out to be the winning goal.

But during the second half, he pulled up lame with what appeared to be a hamstring injury and wandered off the pitch.

“We need 48 hours to know more. Hazard has something muscular and tomorrow we will do tests on him,” said Martinez on the injury after the game, as published by Marca.

Meanwhile, Thorgan Hazard added: “He had a muscular injury and we hope that it won’t be too serious.

“It doesn’t look good by hopefully he can be there for the rest of the Euros. Also, (Kevin) De Bruyne because we need them both.”

Whether Eden Hazard can indeed return during this tournament remains to be seen, but it looks to be yet another injury blow for the winger as his nightmare continues.