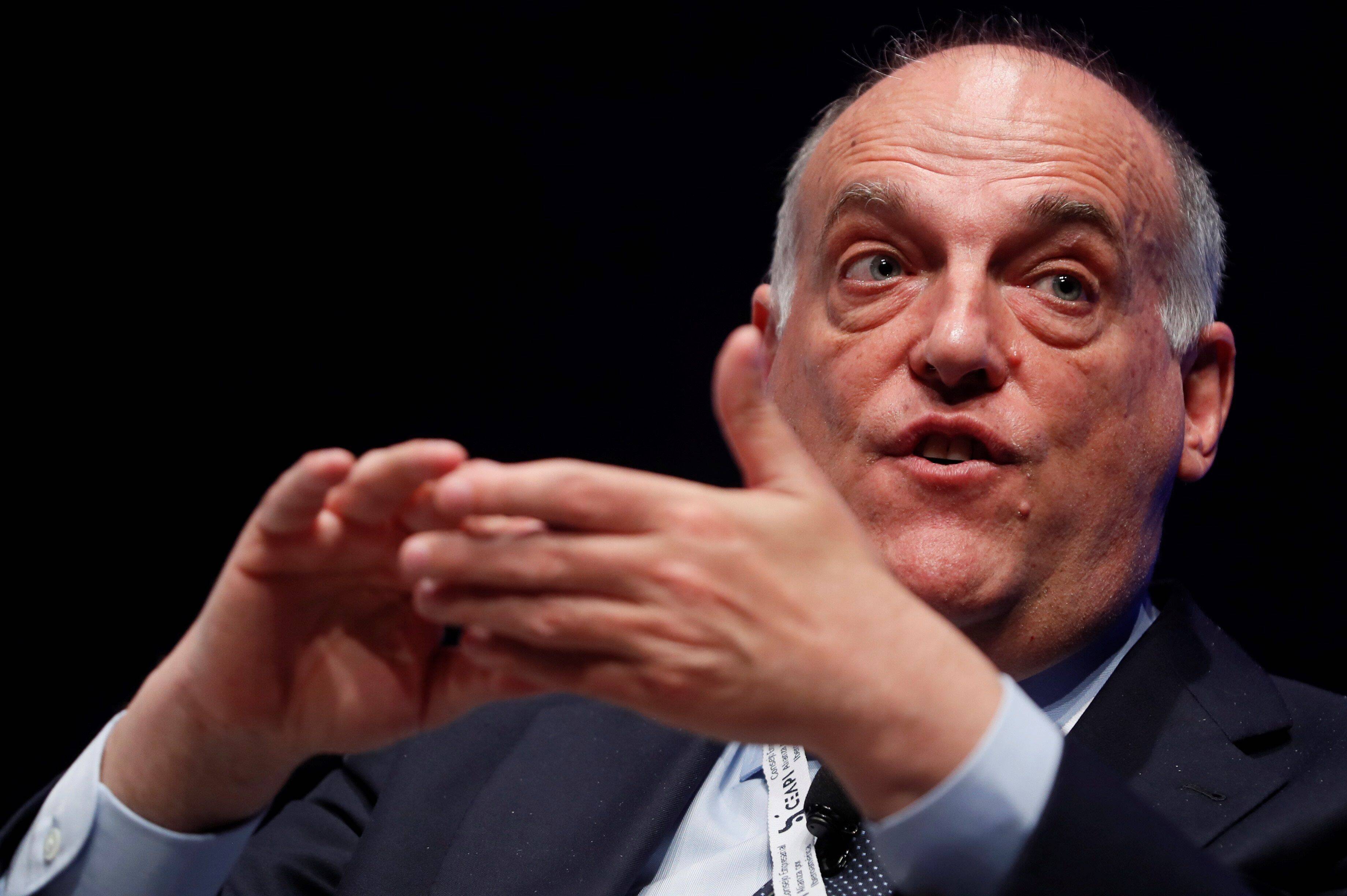 La Liga president Javier Tebas says he is ‘not against Barcelona’ despite claims there could be an agenda in the wake of the Super League saga.

Barcelona were one of the teams to sign up for the ill-fated Super League amid their financial crisis which has left them more than €1billion in debt, while also being 40% over the La Liga wage cap.

The latter issue means they can only spend 25% of what they make until they balance the books, a rule imposed against clubs who go over the limit by La Liga.

And with Barca one of the clubs to have been frowned upon by league officials, there have been some claims that the Catalan club may now suffer as a result of their actions.

But La Liga president Tebas has said that is not the case, that he is not against Barca but simply acting in the interests of the rest of the league by restricting the Catalan giants during their financial crisis.

“They (the rules) are all necessary, here it appears forgotten. I am not against Barcelona, I am defending the rest,” Tebas told Onda Cero.

“It hurts to speak of a Super League that can take on Spanish and European football.”

He added: “The position of Barca has surprised me. Their economic situation explains why they would like to climb aboard the Super League.

“Barcelona are in a situation of losing €320million, half of what all the teams in La Liga lost.

“They can only sign for 25% of what they bring in from the exits of players.”

That rule means Barcelona will be severely restricted in this summer’s market, especially given a new contract for Lionel Messi looks likely.

Though, free signings have already helped soften the blow with Eric Garcia, Sergio Aguero and Memphis Depay joining on free deals ahead of next season.