Pedri enjoyed an incredible debut La Liga season in Catalonia with 37 league appearances for Ronald Koeman‘s side during the 2020/21 campaign.

His eye catching domestic form was rewarded with a call up to Enrique’s La Roja squad for Euro 2020 with the 18-year-old playing the full 90 minutes in all three of their Group E games this summer. 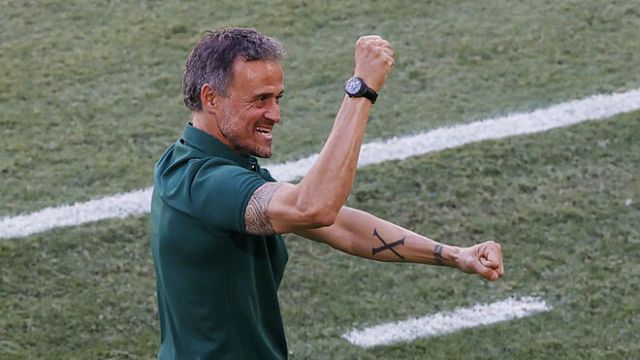 Enrique’s side finished second in the group and will now face Croatia in tomorrow’s last 16 showdown in Copenhagen but Pedri’s place in the team is unlikely to be changed.

“Facts define a situation better than words. Pedri is a unique player, a footballer unlike anything else.”, he told a pre match interview with Marca.

“I see him very fresh and I see him fresh even when he plays ping-pong, which by the way I see him doing very well at.

“Pedri may seem shy, but off the field he has a lot of sarcasm.”

Enrique is expected to rotate some of his starting options against the 2018 World Cup finalists with Marcos Llorente and Ferran Torres both linked with a return.