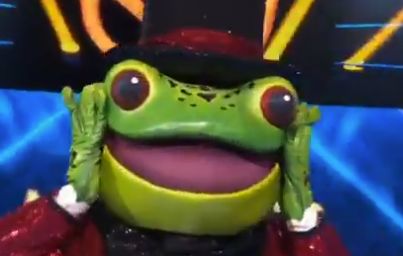 Josep Pedrerol caused a storm during the Super League saga after convincing Florentino Perez to do an interview exclusively on El Chiringuito, but he is trending for very different reasons this morning.

The El Chiringuito host splits opinion in Spain with his dramatic style, and he split opinion all over the world with his coverage of the Super League.

So much so that El Chiringuito became a fascination to many, particularly in the UK.

With no real equivalent to the show in Britain, the show became a talking point on social media, as did the host, Pedrerol.

But this morning, Spanish football fans have been left stunned by the presenter’s rendition of Tiesto’s ‘The Business’

Yes, that’s right, Pedrerol has turned up on TV to sing, and dressed as a frog, too.

The controversial presenter took part in Spain’s Masked Singer where he revealed himself as the frog signing ‘The Business’.

It may not be the highlight of Pedrerol’s career – or who knows, it was a lifelong dream given his love of a performance – but one has to applaud his willingness to take part in the show.