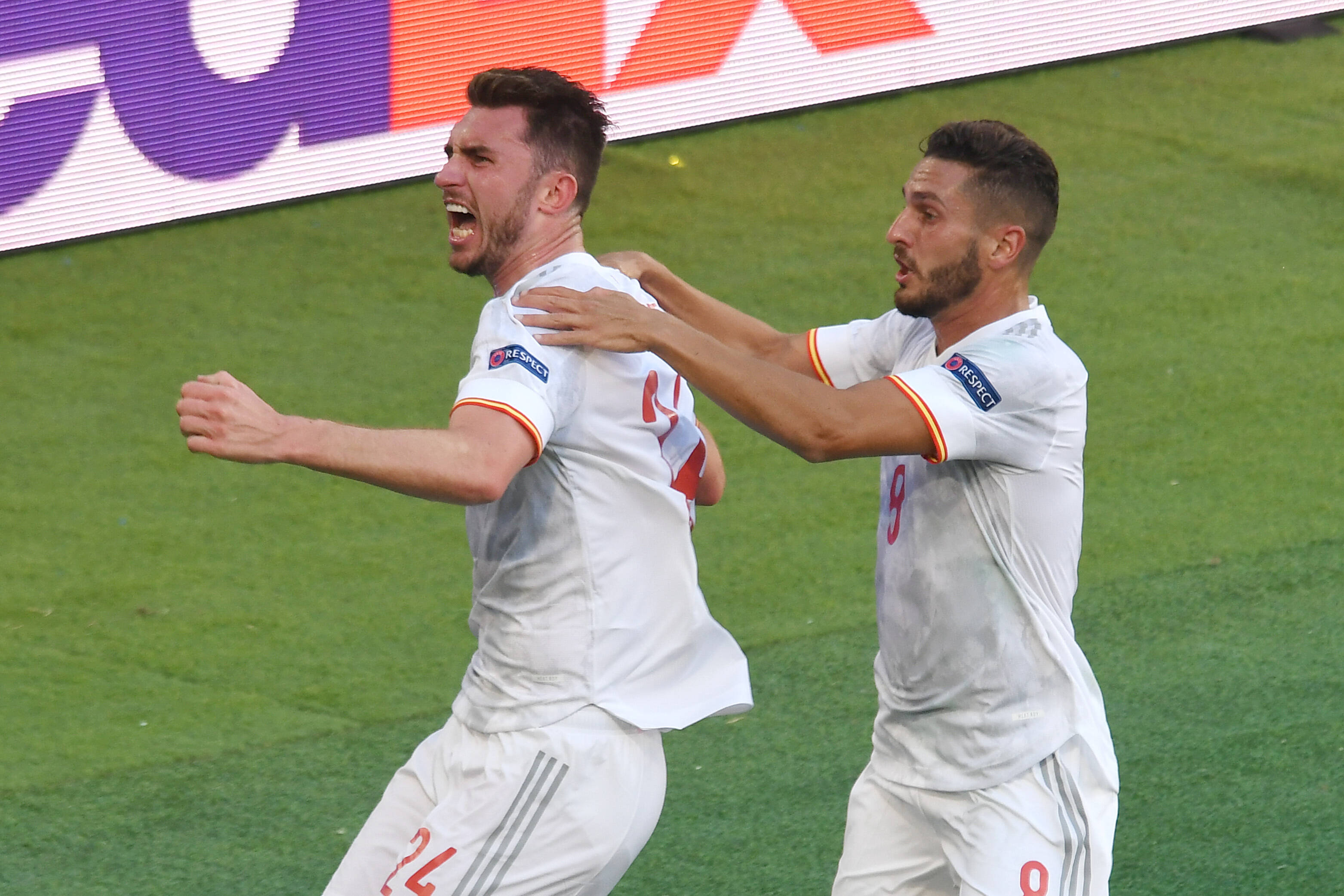 Manchester City star Aymeric Laporte silenced his critics with a goal for Spain on Wednesday night.

La Roja made easy work of Slovakia with a 5-0 win to progress to the Round of 16 in second place after drawing their first two games and scoring just once.

Laporte had never played a game for Spain ahead of this summer, but in the lead up to the competition and the pre-tournament friendlies, he switched allegiances from France.

As a Spanish passport holder and having never played a competitive game for France, Laporte was eligible to play for Spain and he opted to do so.

But he faced some difficult questions during early press conferences, with one journalist asking whether Laporte felt Spanish enough to ‘defend the badge’.

And that is perhaps why he had so much ‘rage’ in his celebration after heading home an inch-perfect Gerard Moreno cross to score his first goal for the nation and Spain’s second goal of the game against Slovakia.

Speaking to Marca about the goal, he said: “I am really happy with the goal and my performance. I have celebrated it with a lot of rage.

“It’s a dream to be able to play with this great team. The people around me have welcomed me and I want to return that affection.”

Speaking about Spain’s tournament so far, the difficulties in getting going and the next round, when La Roja will take on Croatia, Laporte added: “We have kept our mouths shut.

“We have continued playing our game and our attitude. One has to be able to go game by game.

“We know that Croatia will be very difficult to play. We will take the quality that we have forward.”