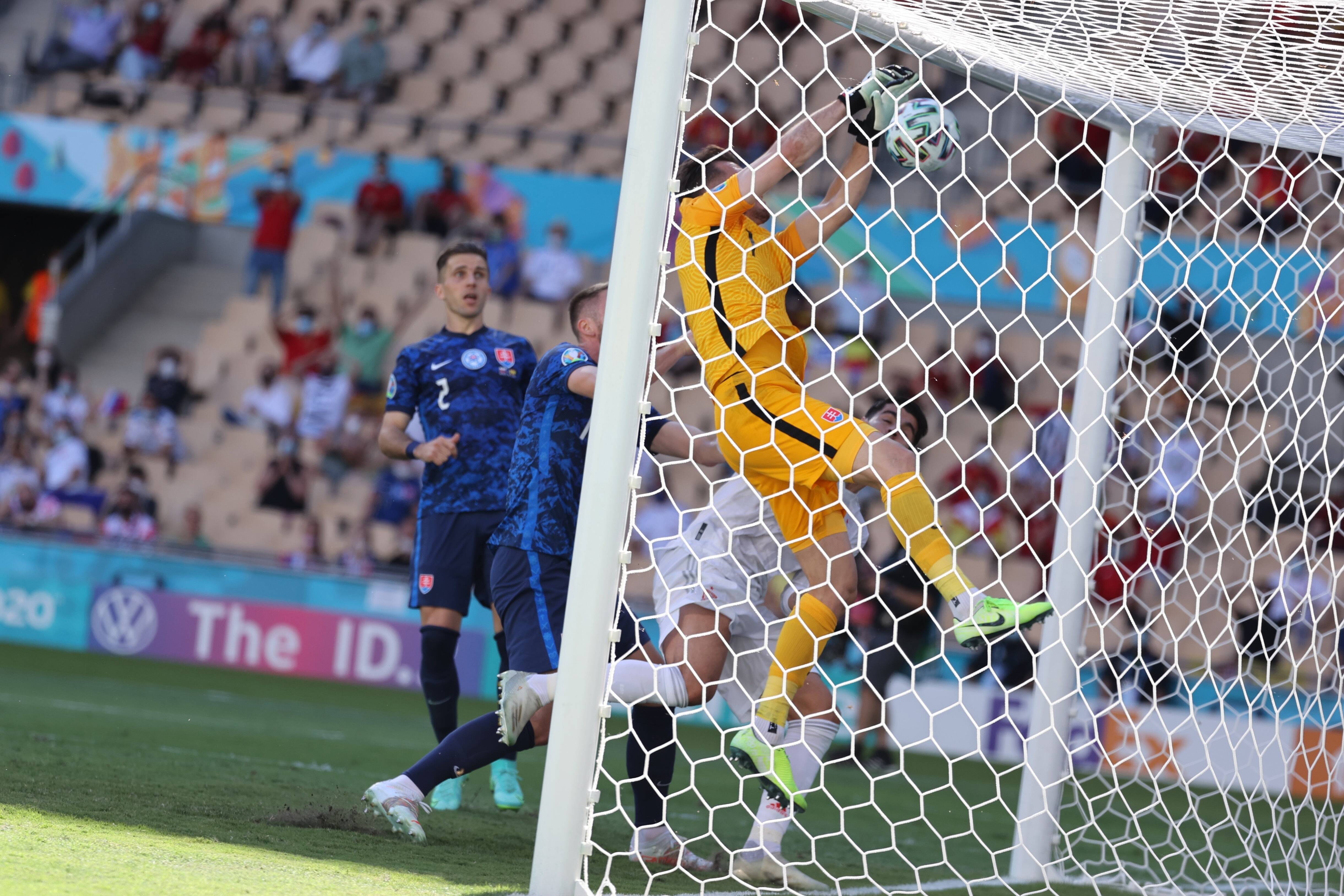 Spain took a two-goal lead in at the break at La Cartuja against Slovakia in their final Euro 2020 group stage fixture.

La Roja started well in Seville but were once again left frustrated in front of goal after Martin Dubravka saved an Alvaro Morata penalty.

But the goals would come, and much thanks to a strange error from the hero of moments earlier, Dubravka, who appeared to lose the ball in the sun following a Pablo Sarabia shot.

Sarabia hit the bar with his effort, and as the ball fell from the sky, Dubravka pushed it into his own net to hand Spain the lead.

“As goalkeeping errors go, that is a 𝐡𝐨𝐰𝐥𝐞𝐫.” 😳

https://platform.twitter.com/widgets.js
Not content with the first goal, which was only La Roja’s second of the competition, Luis Enrique’s men doubled their lead.

Gerard Moreno found Aymeric Laporte with an inch-perfect cross from the byline, and the Manchester City defender took care of the rest with a fine looping header.

With Sweden leading against Poland, Spain cannot win the group unless Poland find a way back into the game, but they will finish second as things stand, earning them a Round of 16 clash with Croatia.

But there is still the second half to play, when La Roja could yet wind up winning the group, depending on what happens elsewhere, and assuming they can see out the win in Seville.