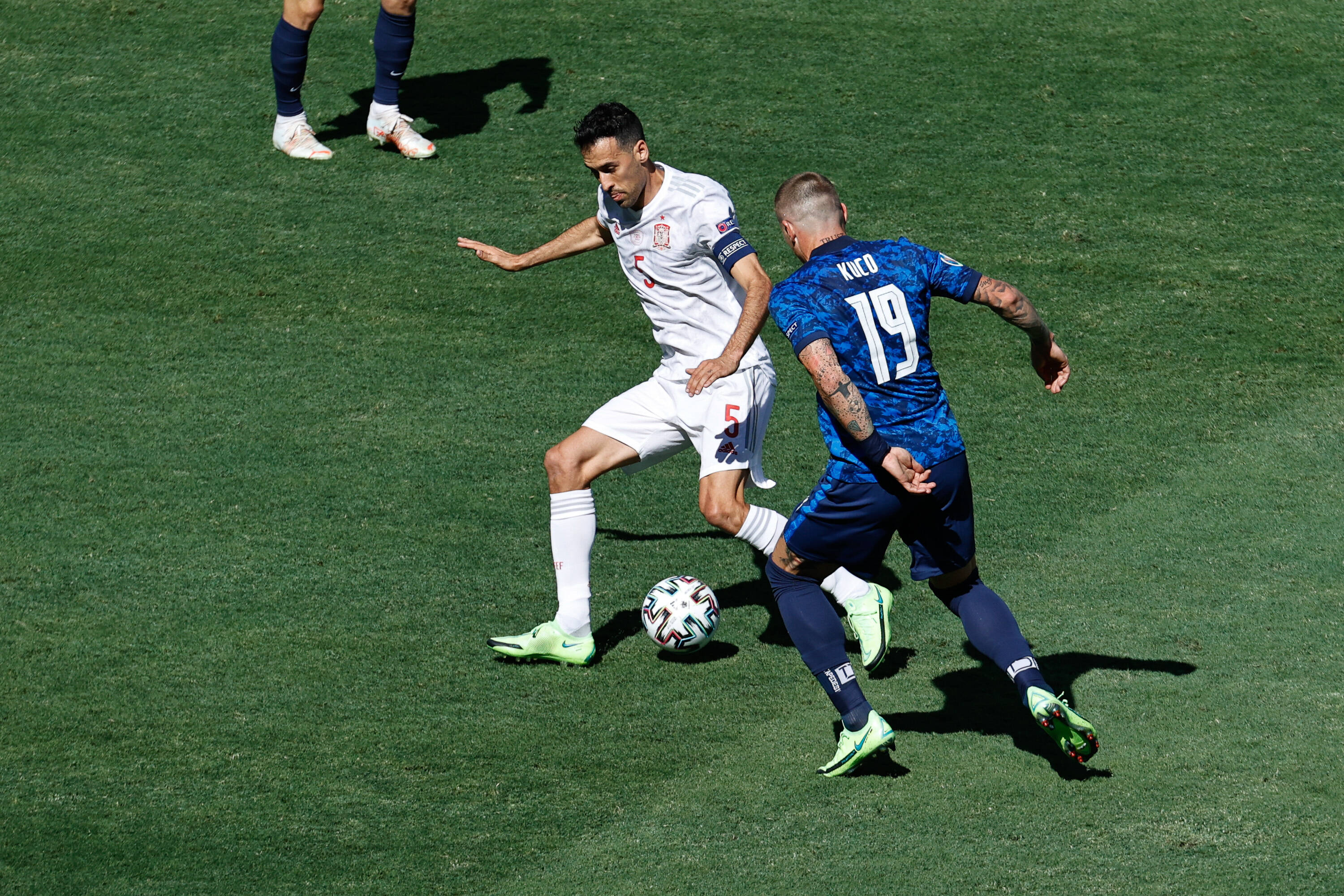 Sergio Busquets has spoken about his difficult road back to the Spain squad following his positive coronavirus test.

The Barcelona midfielder was ruled out of La Roja’s first two games following a positive test in the lead up to Euro 2020.

As a result, he was sent home to Barcelona to isolate for 10 days before he could return following the isolation period and a negative test.

The veteran midfielder finally returned this week and he was allowed to play and start against Slovakia as Spain secured their spot in the Round of 16 with a 5-0 win.

Busquets won man of the match for his performance after coming in to replace Rodri in the starting XI, and after the game, he spoke about his emotional battle to return to the team following his isolation period.

“I am emotional,” he told Telecinco. “It has been quite bad, I spent 10 days in my house without knowing if I could return.”

“The group is very strong. All that has happened has made us grow.”

Spain will now face Croatia in the next round on Monday in Copenhagen.

After three games at home, playing at Seville’s La Cartuja, La Roja will now hit the road for the rest of the competition.

Luis Enrique’s men will head to Saint Petersburg in Russia if they are successful in Denmark next time out, and both the semi-final and final will be played at London’s Wembley Stadium.