Eden Hazard was supposed to be the galactico that filled the void at Real Madrid left by Cristiano Ronaldo’s departure, but that hasn’t happened.

The Belgian is at Euro 2020 at the moment and is playing well, but there is cause for concern, according to Diario AS, in Madrid.

Hazard said on Sunday that he’ll never be the same player he was before his succession of ankle injuries, an attitude not loved at the Santiago Bernabeu. 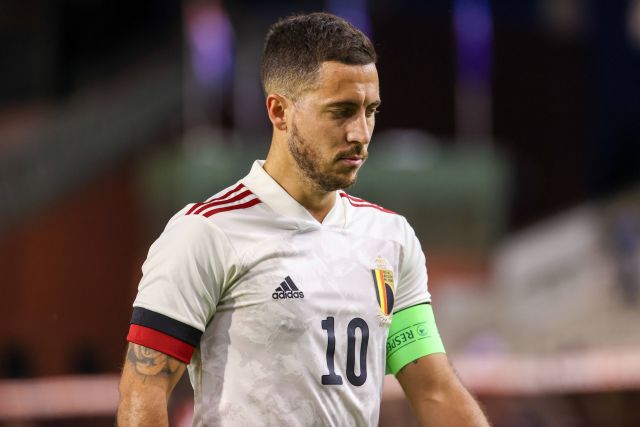 Madrid’s hope that Hazard will be able to use his time with the Belgian national team to recover mentally as well as physically, and return to the Spanish capital with a new attitude.

The potential arrival of Kylian Mbappe could reinvigorate him, and enable him to take up a more central role to accommodate the Frenchman, who’d start on the left flank.

Hazard claims he’ll be at 100% by the last 16, and Roberto Martinez has built a team that, in a fluid 3-4-3, is built for him. He started his first game of the competition on Monday against Finland. 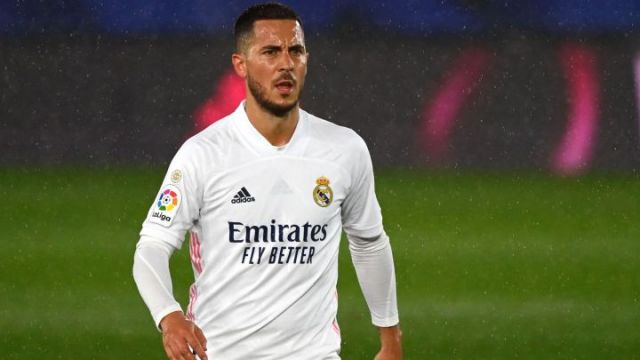 Hazard has just turned 30 and still has three years left on his contract at the Bernabeu, and earns €30m gross per season having cost Madrid €100m when they signed him from Chelsea.

It would be very difficult for Madrid to find a buyer for the Belgian given the financial elements of the situation, so they need him to buckle down and recover his best form.

They won’t be thrilled to hear that the man himself doesn’t think he’ll be able to return to the heights he hit in London.