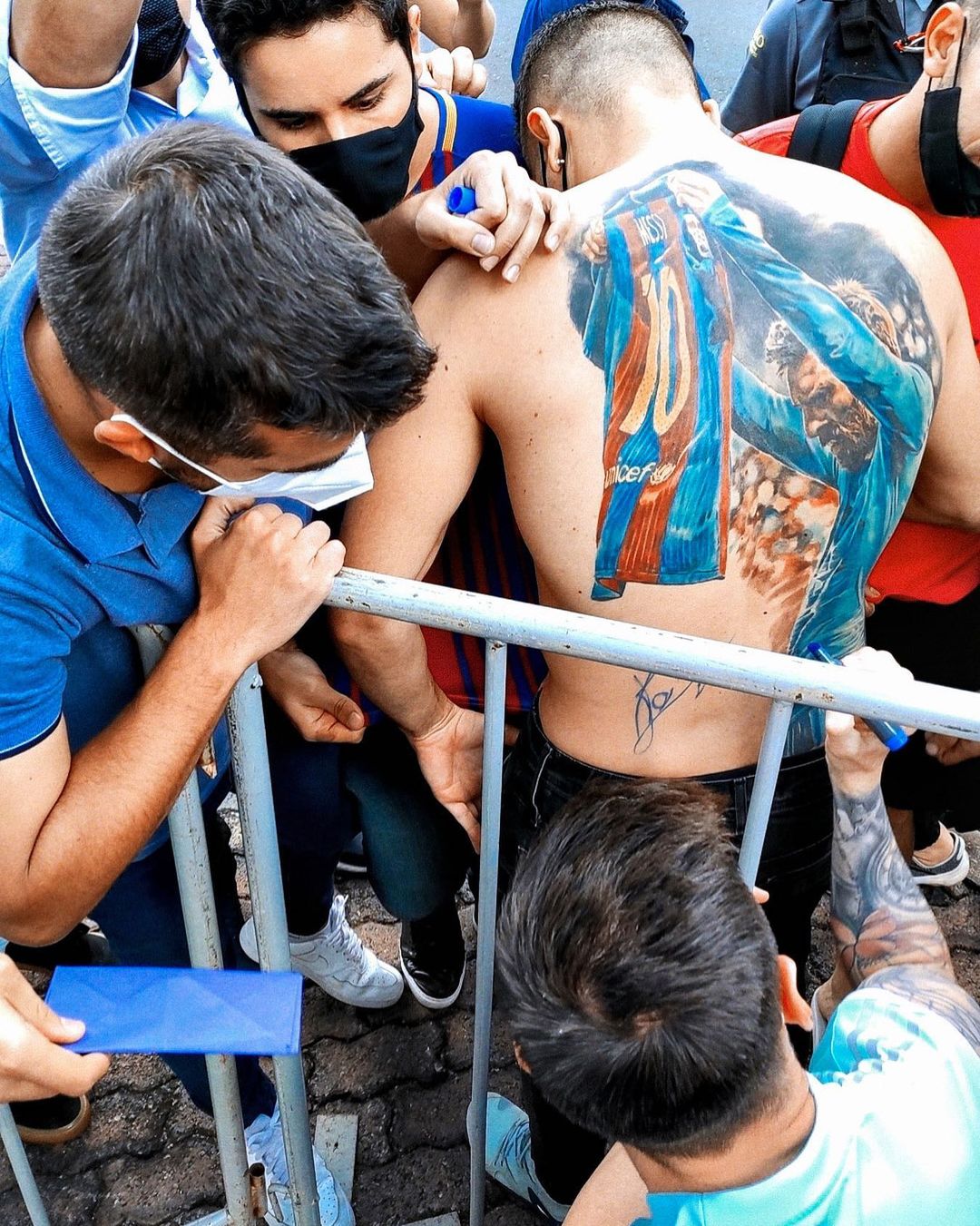 Lionel Messi kept his promise this week by signing the back of a Brazilian fan who got the Argentine’s image tattooed on him. The image is of Messi holding up his shirt at the Santiago Bernabeu during El Clasico, when Barcelona beat Real Madrid in 2017.

Messi saw the tattoo on Instagram, when a news outlet carried the story. He commented on the post saying that he loved the tattoo and that he’d like to sign it, keeping his word. The fan then tattooed Messi’s signature on him as well. Barcelona fans, and Joan Laporta, will be wishing he could save his signature for a new contract at Camp Nou given his current deal is set to expire.

Messi is currently in Brazil for the Copa America, where he’s leading Argentina. Their next match is against Paraguay this evening at the Estadio Nacional de Brasilia; so far they’ve drawn with Chile 1-1 and beaten Uruguay 1-0. Messi scored a free-kick against Chile and teed up Real Betis midfielder Guido Rodriguez’s goal against Uruguay.