If England v Scotland is a grudge match in one part of the world, Argentina v Uruguay is most definitely one in another. They faced off in the Copa America last night at the Estadio Nacional de Brasilia, with Argentina winning 1-0 thanks to a 13th minute strike from Real Betis midfielder Guido Rodriguez, assisted by Barcelona captain Lionel Messi. 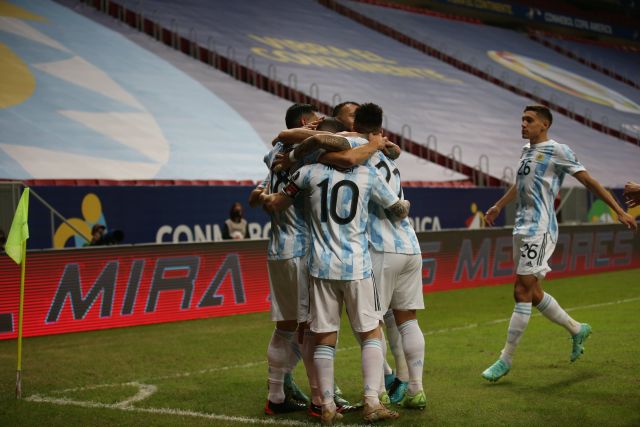 Messi was superb throughout, running the game like the complete player he is. 34 soon, the diminutive Argentine will become a free agent at the end of this month when his contract with Barcelona expires, although talks are said to be progressing well and it’s expected he’ll remain at Camp Nou for the next two seasons before heading to MLS.

Incase you missed it.
Messi vs Uruguay.pic.twitter.com/IqbLpAzVzt

Right now, however, his focus is completely on Argentina. This summer’s Copa is the first since the passing of Diego Maradona last November, a player Messi will always be mentioned alongside when discussing the history of football. Maradona led Argentina to victory in the 1986 World Cup in Mexico, but Messi is yet to win a major title with the national team. He’ll hope this is the summer he can deliver.