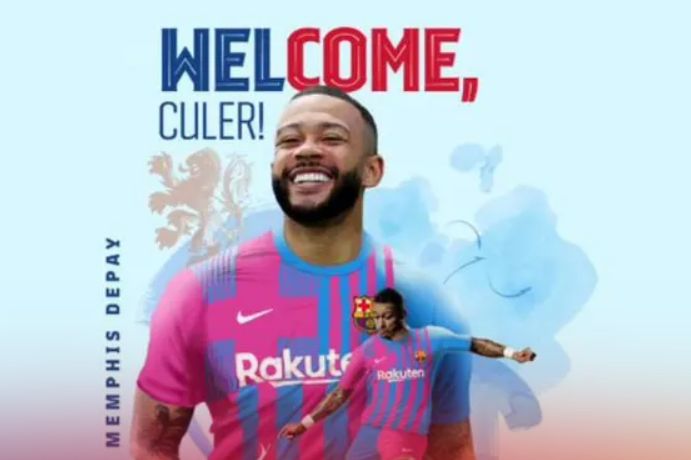 Barcelona confirm the signing of Memphis Depay on a free transfer

Barcelona have finally confirmed the signing of Memphis Depay on a free from Olympique Lyon.

The Dutch forward’s contract with Lyon expires at the end of this month, and Barca have moved quickly to ensure he becomes their third free signing of the summer.

Restricted in this summer’s transfer window amid their financial crisis, the Catalan club have already been busy completing free signings, signing both Eric Garcia and Sergio Aguero from Manchester City, while Emerson Royal has arrived for a fee from Real Betis.

Depay becomes the latest summer arrival, joining after four years at Lyon, the club he joined from Manchester United in 2017 for just under £15million.

The 27-year-old joins Barcelona on a two-year deal after it was reported the two parties couldn’t quite agree on contract length.

In the end, it’s Depay who got his wish, and after finishing up with the Netherlands at this summer’s Euro 2020, he will link up with Ronald Koeman and his men ahead of next season.

He will officially become a Barcelona player on July 1, when his contract at Lyon comes to an end.