Europe beware; Sergio Ramos has something to prove

Sergio Ramos has left Real Madrid. It’s a sentence that would have been considered impossible just last summer; that was when the Andalusian was absolutely pivotal to Madrid’s post-lockdown title charge. But it’s the truth, and both Los Blancos and Spanish football as a collective have to adjust to a new reality.

So, of course, does Ramos himself. He prizes himself on his bulletproof, untouchable self-confidence. It’s something that’s taken an unprecedented beating so far in 2021, however, with Ramos falling from prominence at Madrid as well as being excluded from La Roja’s squad for Euro 2020 by Luis Enrique.

Injuries affected the centre-back badly this campaign, calling into question his longevity at precisely the wrong time. Ramos’ contract expires at the end of this month and for the majority of the season the talk has been whether it would be extended or not. The word has always been that Ramos wanted a multi-year deal but Florentino Perez only wanted to give him a single-year deal befitting of a player who’s now 35. 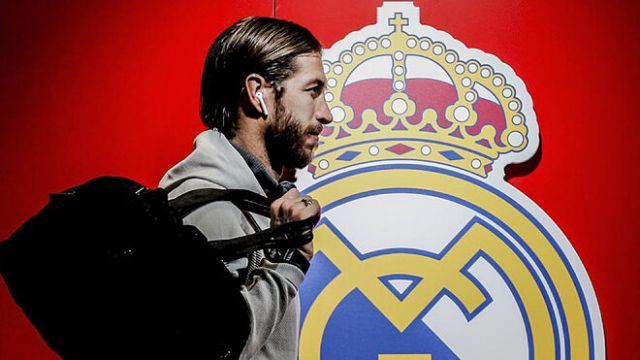 Ramos felt, rightly many argue, that was disrespectful to a player who’s given so much to the club. Ramos has won 22 titles in his 16 seasons at the Santiago Bernabeu, including four Champions League titles and five La Liga titles. There’s also La Decima, that elusive tenth Champions League title Madrid won back in 2014. Ramos scored the last minute equaliser in that game, against hated rivals Atletico Madrid, to take it to extra-time.

There’s also his exploits with the Spanish national team. Up until recently, Ramos was considered untouchable by many around La Roja; the team’s undisputed alpha-male, he seemed to have developed a good relationship with coach Luis Enrique and brought a wealth of experience. He was front and centre for Spain’s successful Euro 2008 and Euro 2012 campaigns as well as the mythical 2010 World Cup victory in South Africa.

But time waits for no man, and both Florentino and Luis Enrique have put results over sentiment. You can’t blame either; it’s precisely the ruthless, win-at-all-costs attitude Ramos lives by, much to the chagrin of many who feel he oversteps the mark at times. It’s what makes him the competitive animal he is.

What his next step is will be interesting; if you’d like to have a flutter as to what it could be, check out the betting available at Vwin. Vwin is a Vietnamese and Asian sports betting platform and casino, offering competitive odds and an easy-to-use service to ensure your betting experience is smooth and seamless.

Two options have already been taken off the table; Barcelona and Sevilla. The former was never likely given the rivalry Ramos has cultivated with the Blaugrana, but the latter was fancied by many. Ramos joined Madrid from Sevilla as a 19-year-old in 2005, and has always maintained the club are still in his heart. No mugs, they’ll be competing in the Champions League next season and maintained a title challenge until the death this year.

But he, and the club itself, admitted it’s not the time for either to go back down that road. Instead, it’s looking most likely that Ramos will look abroad for his next adventure. He’s made it clear that he intends on continuing to compete at the top level and wants to add titles to his already impressive CV. The Premier League, at this moment, seems the preferred choice. Whoever gets Ramos will be getting one of the most intense and accomplished competitors the game has ever seen; albeit one who’s 35 years old.