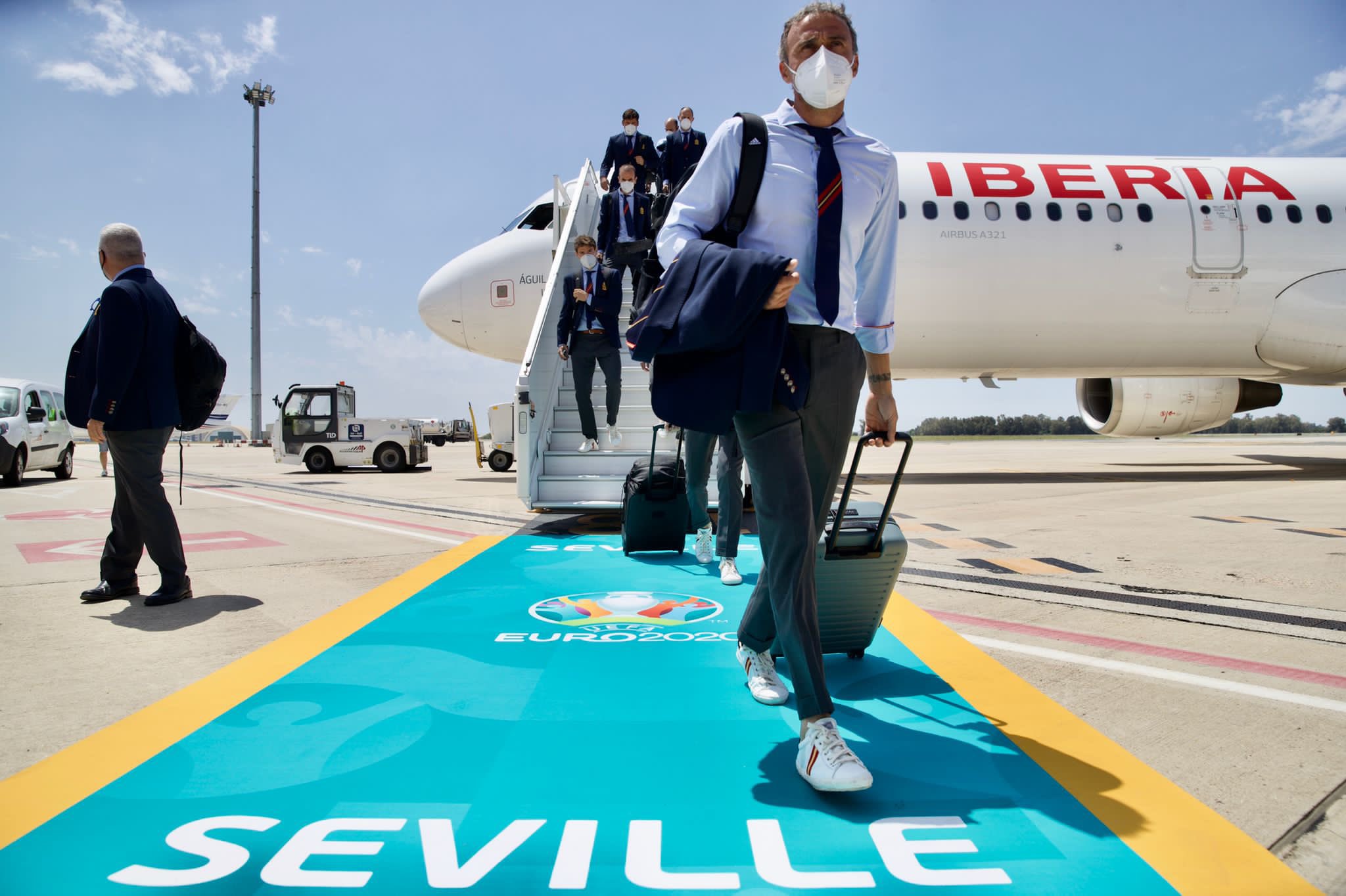 La Roja have touched down in Seville ahead of their Euro 2020 opener tomorrow evening at La Cartuja according to Diario Sport. Spain take on Sweden to get their first campaign under Luis Enrique underway.

Their preparations for the game have been chaotic; both Sergio Busquets and Diego Llorente tested positive for covid-19, although the latter’s was later ruled a false positive.

Llorente has since re-joined the squad and will be available for selection tomorrow night, although Busquets has to wait a little longer. Arriving in one of the hottest cities in Europe, they can expect consistent temperatures north of 30 degrees. 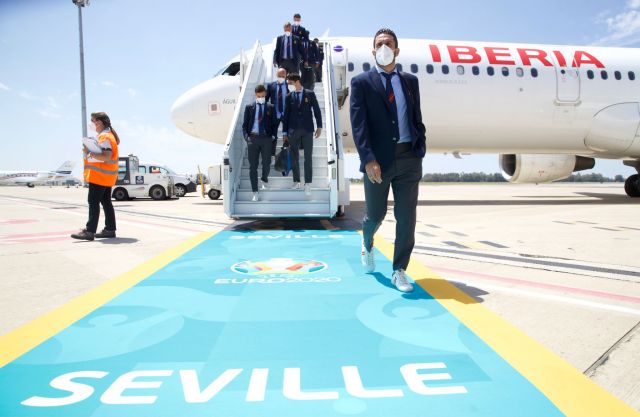 Sweden boast a name familiar to many Spanish football fans in Alexander Isak, Real Sociedad’s talented forward. Besides Sweden, Spain will face Poland and Slovakia in their group.

Spain drew 0-0 with Portugal at the Wanda Metropolitano last Friday evening before beating Lithuania 4-0 at Butarque during the week. The latter game, however, was contested by the U21s due to Busquets’ positive.