Janne Andersson: Sweden will be ready for Spain challenge in Euro 2020

Sweden head coach Janne Andersson has issued a rallying call to his squad ahead of their Euro 2020 opener against Spain tomorrow night.

Andersson’s side face La Roja once again, after coming up against them in qualification, as they kick off Group E tomorrow night at Seville’s Estadio de La Cartuja.

However, despite Luis Enrique’s side suffering a Covid-19 outbreak within the squad ahead of the competition, the former Barcelona boss still boasts one of the strongest teams in the competition.

But despite being ranked as underdogs against the 2008 and 2012 European Championship winners, Andersson insists his team are ready for the challenge ahead. 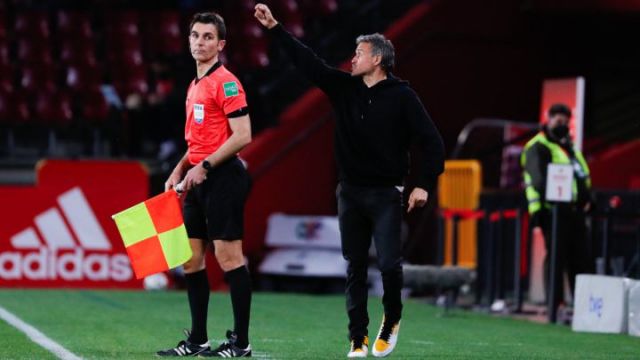 “We have played well in friendlies and we trained very well”, as per reports from Marca.

“We are very well prepared to do well. We are trying to prepare well in the hours leading up to the game.

“The tactical plan is very clear and we have a tactical and mentality plan to face Spain.”

Andersson also stated he will confirm his final squad in the next 24 hours after positive Covid-19 tests for key pair Dejan Kulusevski and Mattias Svanberg in recent days.