Portugal beat Israel 4-0 on Wednesday evening at Estadio Jose Alvalade in Lisbon, in what was their final warm-up match for Euro 2020. Bruno Fernandes scored a brace for the hosts, with ex-Real Madrid man Cristiano Ronaldo and Joao Cancelo also getting their names on the scoresheet. 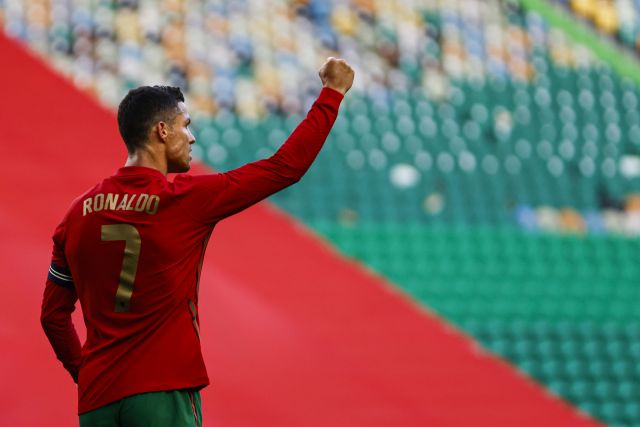 Portugal are one of the favourites heading into the competition, which kicks off this Friday evening and takes place all over Europe. The Selecao are the holders after all, beating France in the final at Euro 2016 as well as winning the inaugural Nations League in 2019. With emerging stars like Joao Felix and Fernandes as well as the established presence of Cristiano, they look a real force.

Despite his legendary status, especially in Lisbon, Cristiano is human, however. Aside from his goal, he also executed a pretty comical free-kick routine; the current Juventus man set up, as always, with his unusual and exaggerated run-up before blowing his effort well over the bar.

Now we finally know why Ronaldo copied his stance from rugby kickers. https://t.co/c5ZLtoGd3y