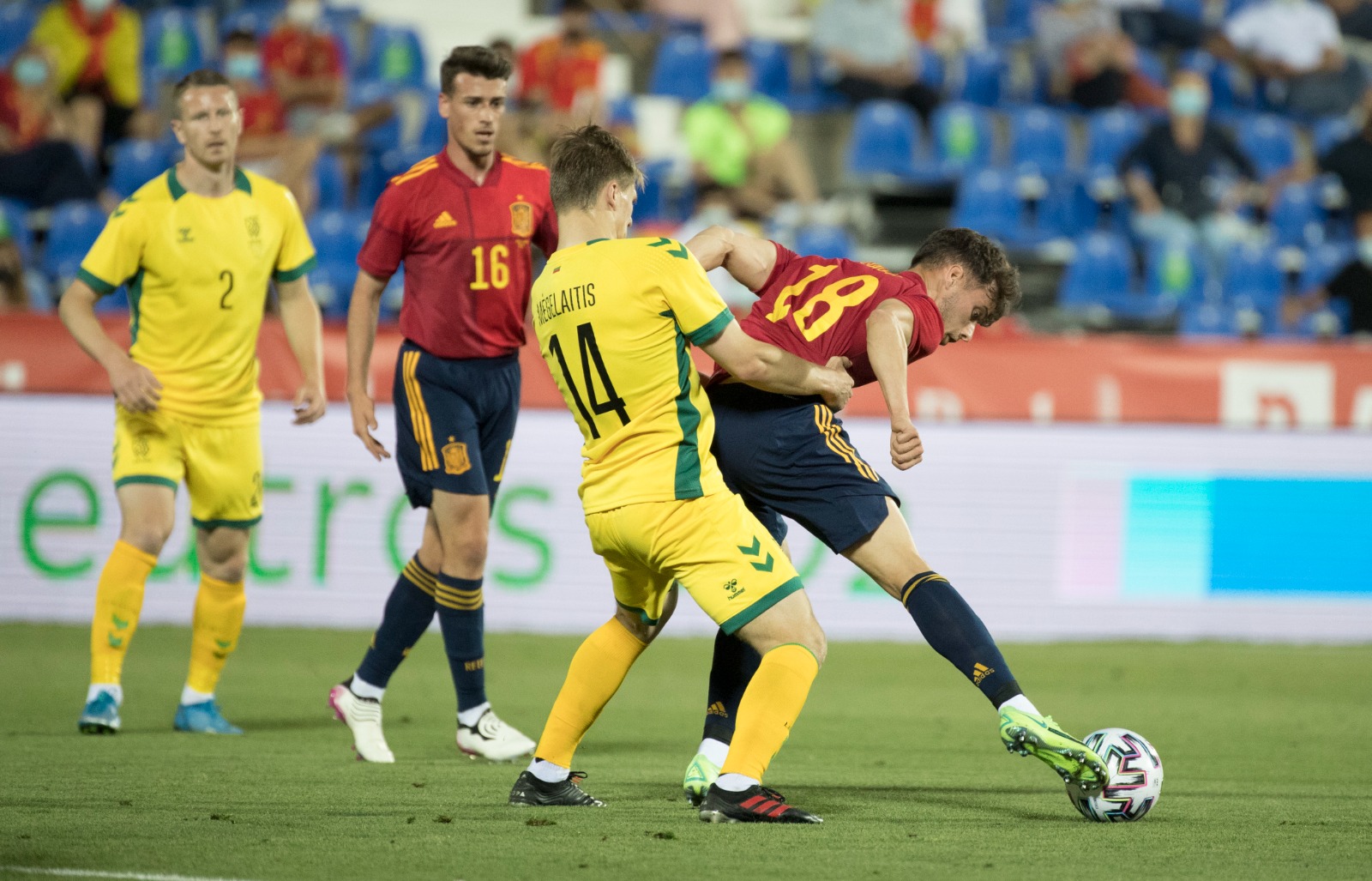 La Roja faced Lithuania at Butarque this evening in remarkable circumstances. Given the 24-man squad Luis Enrique chose to contest Euro 2020 are unable to play tonight after Sergio Busquets tested positive for covid-19, U21 coach Luis de la Fuente has taken charge and named ten debutants plus Bryan Gil in the starting lineup; even still, they managed to pull of a comprehensive 4-0 victory.

It was Valencia centre-back Hugo Guillamon who gave Spain a fourth-minute lead. The ball fell to him at the edge of the box and he made no mistake with an excellent, cool-headed finish. Brahim Diaz soon made it 2-0, finishing neatly after a visionary pass from Gonzalo Villar, before Juan Miranda, recently signed by Real Betis from Barcelona, made it 3-0 with a free kick from 25 yards out. Javi Puado, of newly-promoted Espanyol, hit Spain’s fourth in the 72nd minute, a well-taken goal indeed.

Luis de la Fuente's U21 players put on a dazzling display at Butarque, giving Luis Enrique plenty to think about in terms of future selection.

It's Spain's biggest win against Lithuania since a 5-0 margin in 1993.#LLL
🧡🇪🇸⚽️ pic.twitter.com/5HCu4LcIph

Spain drew 0-0 with Portugal on Friday evening at the Wanda Metropolitano, and have no more warm-up games after tonight ahead of the highly-anticipated start of Euro 2020. They’ll play all three of their group games in Seville’s La Cartuja; they face Sweden next Monday, Poland next Saturday and Slovakia the Wednesday after that.