Serie A champions Inter Milan could move for Barcelona defender Emerson Royal if Achraf Hakimi leaves the club this summer.

Inter have been linked with a string of sales due to the ongoing financial pressure at the club with Antonio Conte’s replacement Simone Inzaghi fighting to keep his squad together.

Former Real Madrid full back Hakimi has flagged up as a possible departure with Ligue 1 giants tracking him ahead of a potential €70m offer.

The Moroccan international infamously rejected a contract extension with Los Blancos in 2020, following his return from a loan spell at Borussia Dortmund, and opted to move to Italy at the start of last season. 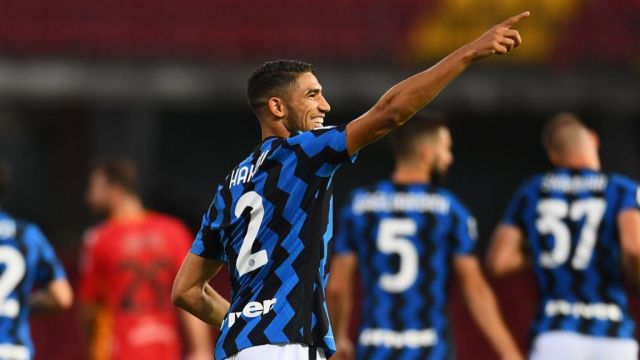 However, the club could sell him to balance their budget this summer, with Inzaghi on the hunt for an immediate replacement if he does move on.

According to reports from Mundo Deportivo, Emerson is his first choice target, despite only joining the Catalans last month.

Ronald Koeman opted to exercise the club’s time sensitive purchase clause on the Brazilian via their co-ownership agreement with Real Betis.

But despite swapping Betis for Barcelona, Koeman looks set to sell him on for an immediate profit.