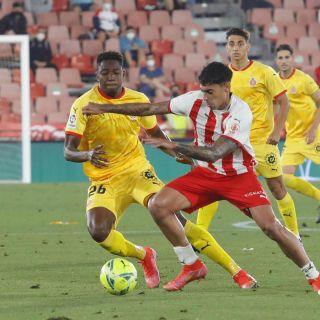 Girona have secured their place in the 2020/21 Segunda Division play off final next weekend via a 3-0 aggregate win over Almeria.

The Catalan side are looking to force their way back into La Liga at the second time of asking after losing in last season’s final to Elche.

The damage was already done from the semi-final first leg at the Estadi Montilivi in midweek as Francisco Rodriguez’s side secured a commanding 3-0 first leg win.

A 0-0 draw in Andalucia was more than enough to seal a second successive final place as Almeria fell short once again.