La Roja and Portugal faced off yesterday evening at the Wanda Metropolitano in Madrid. Both are in the final stages of their preparations for this summer’s Euro 2020, which kicks off on June 11th. Portugal are the holders of the competition, while Spain won it before that, and the sides were evenly matched on the night; the game finished scoreless. 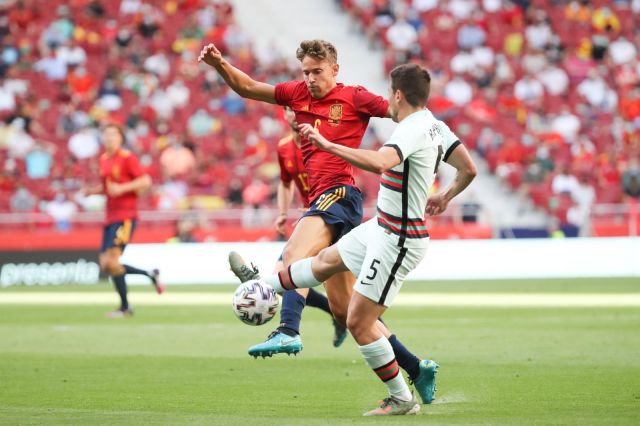 Luis Enrique, preparing to take charge of his first major tournament, opted for a 4-3-3 shape prior to kick-off. Unai Simon started in goal, behind a back four of Marcos Llorente, Aymeric Laporte, Pau Torres and Jose Luis Gaya. Sergio Busquets sat in front of them, flanked by Thiago and Fabian Ruiz either side. Alvaro Morata led the line, with Pablo Sarabia and Ferran Torres in the wide positions. Much of the talk on the final whistle centred on Morata; he had a couple of gilt-edged chances he should have done better with, and could have made all the difference.

Much of the talk was also on Laporte, who made his debut for Spain having switched allegiance from France after failing to earn a place in Didier Deschamps’ side. It’s a controversial move in some quarters, and the Manchester City centre-back was quizzed on his nationality the day after the game. “That’s a pretty strong question,” he answered when asked whether he feels Spanish according to Marca. “My goal is the same as Spain’s. Nobody can doubt that I’m going to give everything for this team.”