Carlo Ancelotti’s arrival at Real Madrid has drastically changed the prospects of some of the club’s out-of-favour first-team players according to Diario AS. Gareth Bale, for example, and also Isco, were spoken favourably of by the Italian, with the latter celebrating Ancelotti’s arrival on social media by liking one of his posts after not even bidding farewell to his predecessor, Zinedine Zidane. 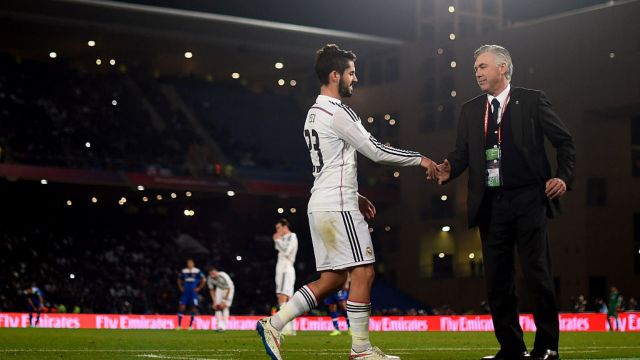 Isco is excited about Ancelotti’s arrival. The Andalusian asked to leave Madrid midway through last season, but decided to bide his time and see what coach came in once it became clear Zidane was leaving the club. His contract with Los Blancos runs until 2022 and he earns close to €6m net per season; at 29, with a family settled in the Spanish capital, his best option is to stay put.

The thought is that Ancelotti is going to give each footballer he inherits a clean slate, opening up the path for Isco to regain prominence in the Madrid setup. This could enable him to set himself up for the last great contract of his career when his current deal expires; Madrid, however, have a different idea. Their plan is to sell him should a suitable offer come in. Either way, however, Ancelotti’s arrival has changed things for Isco.