Real Madrid winger Marco Asensio has been included in Spain‘s preliminary squad for this summer’s Olympics Games in Tokyo.

Asensio was left out of Luis Enrique’s 24-man squad for the European Championships, as part of historical step which saw teammate Sergio Ramos dropped, and no Los Blancos player included.

However, despite failing to make the cut for Enrique, Asensio has been named in Luis de la Fuente’s preliminary 60-man squad for the Olympics, as per reports from Marca. 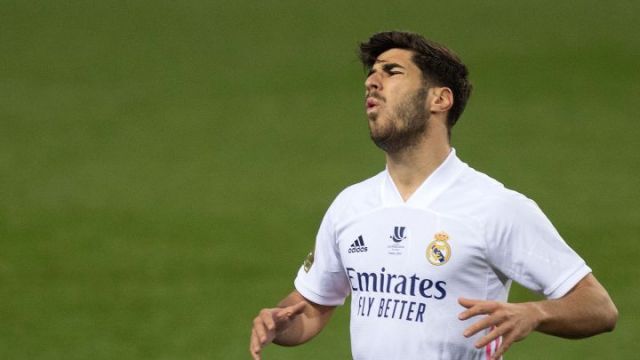 Asensio could be included as a designated over age player by de la Fuente, with La Roja allowed to name three players aged over 21 in the squad.

De la Fuente has named a large pool of players, to adhere to Covid-19 vaccine regulations surrounding travel to Japan, but he will not make a final decision.

The bulk of his squad is expected to be made up of players from his U21 squad who are currently playing in the U21 European Championships in Hungary and Slovenia.