Sergino Dest only thinking about Barcelona amidst transfer rumours

Sergino Dest is only thinking about Barcelona despite being linked with a summer move according to Diario Sport. The American has played 44 games for the Blaugrana this season but been unable to find the consistency he would have liked, although he has demonstrated that he has potential. 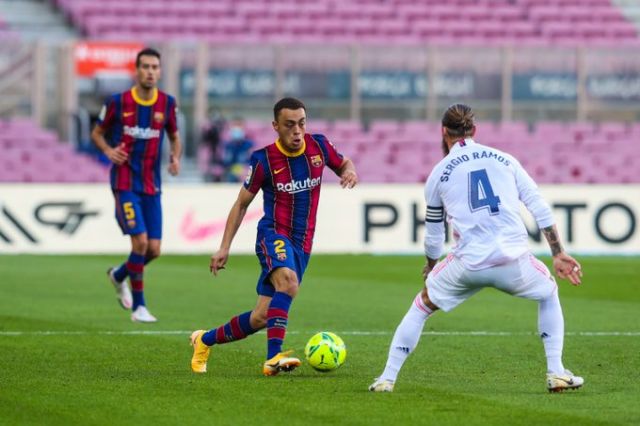 Several clubs are thinking of testing the waters this summer to try and poach Dest given Barcelona are amenable due to their poor financial situation. The player himself, however, is only thinking about becoming a success at Barcelona; he has no desire to leave the club and is determined to stay at Camp Nou.

Dest has played 3,000 minutes this season, and has been one of the principal benefactors of the 3-5-2 system that’s freed himself down the right and Jordi Alba down the left. The muscular issue he’s been dealing with since Christmas also needs to be taken into account; it’s been something that’s hampered his ability to build consistency and find rhythm.

Arsenal, Juventus and Bayern Munich have all been linked, but as far as Dest is concerned Barcelona is the club of his dreams. His ambition is to build a name and a career in Catalonia, to win titles with the club and personally fulfil his potential.