Gini Wijnaldum has confirmed he is in talks with Barcelona over a possible free transfer switch next month.

Wijnaldum opted not to extend his contract with Liverpool at the end of the 2020/21 season despite boss Jurgen Klopp making a last ditch attempt to keep him at Anfield.

The Dutch international is keen to pursue a new challenge away from the Premier League, with La Blaugrana rumoured to be the front runners to sign him, ahead of Bundesliga giants Bayern Munich.

“I cannot deny the contacts (with Barcelona)”, as per reports from Marca.

“I have just signed off from Liverpool and it is an interesting situation for many clubs.” 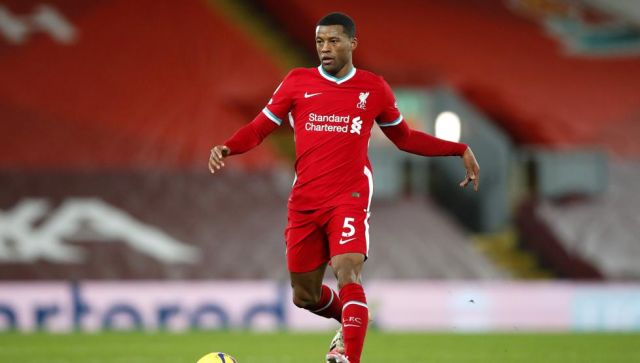 Wijnaldum has already joined up with the Netherlands squad ahead of Euro 2020 with a decision of his future expected to be made before the tournament kicks off on June 11.

According to the report, Barcelona have secured the 30-year-old’s signing with a three year contract up until the end of the 2023/24 La Liga season.

Wijnaldum is expected to be joined by fellow free agent Sergio Aguero in the coming days and potentially Eric Garcia and Memphis Depay following their own contract releases.