Ronald Koeman, as reported by Fox Sports and confirmed by Joan Laporta in comments carried by Marca, had to go to hospital after suffering an anxiety attack. “He had an episode that took him to hospital, but he’s fine now, I called him,” Laporta said. 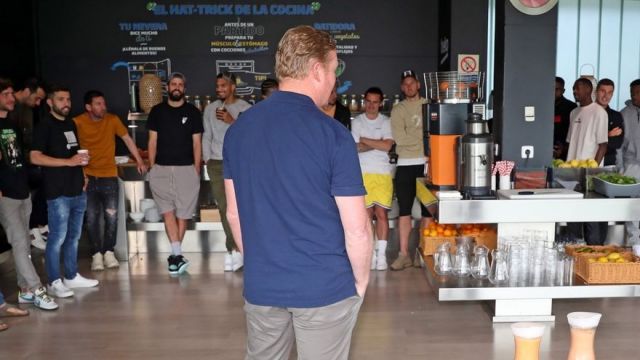 Koeman still doesn’t know whether he’ll lead Barcelona next season, and that’s developed the tension that’s led to him suffering an anxiety attack. “We like to speak clearly and we’ve said so with Koeman,” Laporta said.

Barcelona have told Koeman there’s a period of two weeks where they’re going to look closely at the issue of who’s going to be the club’s coach next season, as there are other interesting candidates aside from the Dutchman. Koeman still has a year left on his contract at Camp Nou and feels he’s not being treated well.

Koeman inherited a club in chaos and stabilised them, leading them to victory in the Copa del Rey and keeping them in the fight for La Liga until matchday 35, after which they suffered a collapse of sorts. That late stumble has cost him dearly in the eyes of Laporta and his confidants. He views Koeman’s work as good, but believes there’s better coaches on the market.